An EAR-evolution? What Commerce’s military intelligence end-user rule may foretell 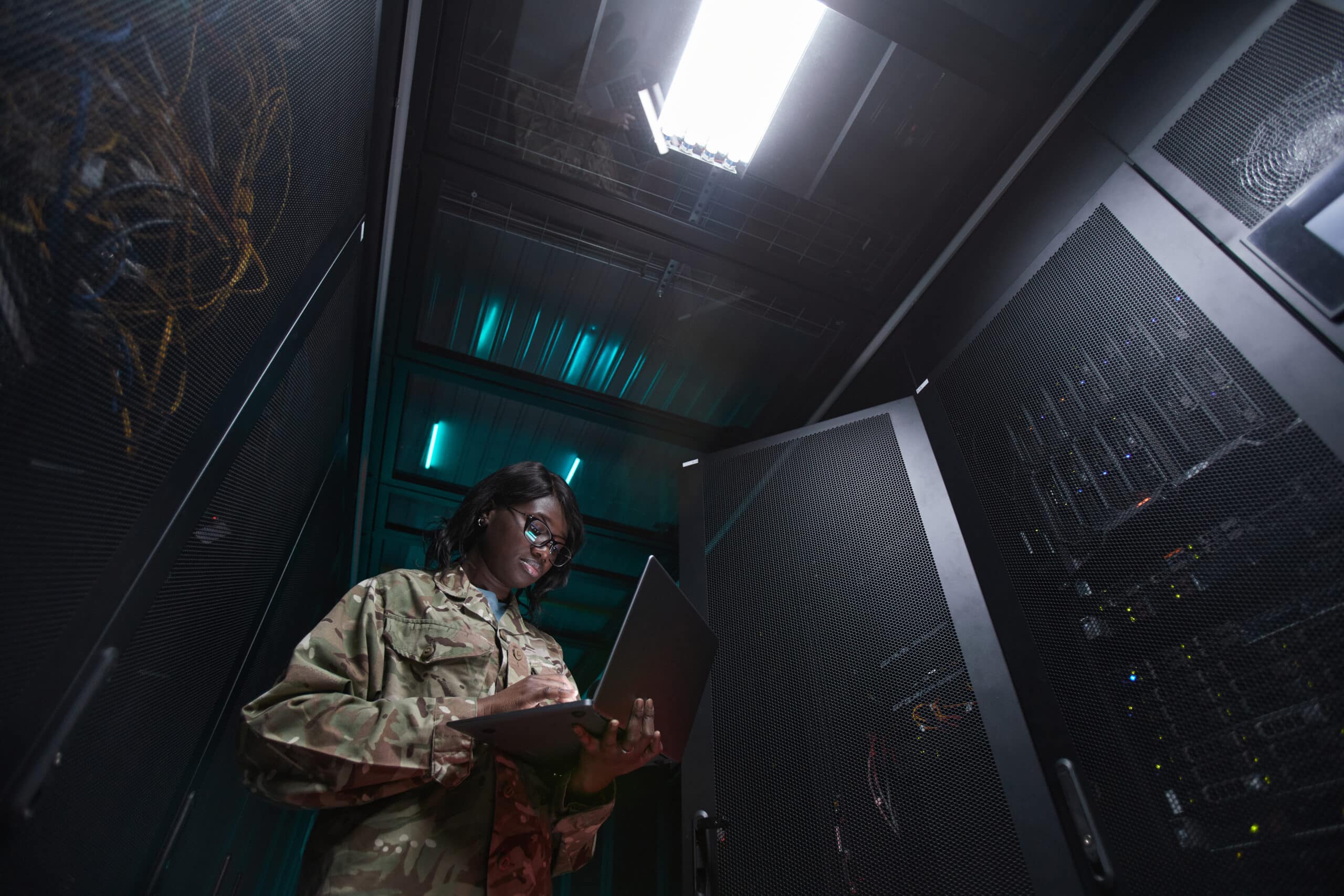 Although historically less attention-grabbing than sanctions, US export controls have been progressively newsworthy in recent years–starting with the Trump administration’s headlining restrictions aimed at Huawei, initiated in May 2019. More recently, the US government’s focus on China’s military modernization appears to have a driven a spate of China-focused export controls launched by the US Department of Commerce, which administers and enforces the Export Administration Regulations (EAR). Primarily regulating dual-use and commercial commodities, software, and technology (each referred to going forward as an “item”), the EAR are principally a property-based regime–that is, they apply to items subject to their jurisdiction, regardless of where the item is located or who is transacting with the item. Commerce has increasingly used these property-based controls to effectuate various US national security and foreign policy objectives pertaining to China.

However, in March 2021, Commerce issued a new rule, the Military Intelligence End-User Rule (MIEU Rule), which is distinguishable from traditional export controls in that it restricts the activities of US persons.  The MIEU Rule may foretell a shift in tactics. While this regulatory evolution unfolds, industry has been challenged to adapt to swiftly changing and swelling winds.

The thrust of the EAR’s property-based controls is to preclude particular countries, entities, and individuals (collectively, “persons”) from receiving certain or, in some cases, all items subject to the EAR. The EAR control items originating in the United States as well as certain items developed or manufactured outside the United States, including those that comprise sensitive US-origin components or that are derived from certain US-origin software or technology. At their core, the EAR attach to and follow the item; accordingly, these controls can have global reach insofar as they impact non-US persons that export or rely on EAR-regulated items.

Distinguishable from the EAR, the US Department of the Treasury’s Office of Foreign Assets Control’s (OFAC) sanctions programs control the activities of US persons, defined as US citizens and lawful permanent residents, wherever located; US-incorporated entities and their foreign branches; any persons in the United States, regardless of nationality; and, under some programs, foreign entities owned or controlled by US parent entities (collectively, “covered persons”). Although OFAC’s primary sanctions are quite varied, the most comprehensive programs (“sanctions”) effectively prohibit all US person dealings, including the provision of services and financing, with targeted persons. In addition, secondary sanctions can be lodged against non-US persons who engage in significant transactions with certain sanctions targets, and in that respect are further deterring. Accordingly, sanctions are generally more forceful than the EAR, and given modern international business’s likely nexus to the United States and covered persons (including through US dollar transactions, IT and other business systems, as well as US person personnel around the world), can have even greater extraterritorial range.

As they serve different goals–the EAR, to prevent targeted persons from receiving US-regulated items, and sanctions, to deny targeted persons access to any US-related support–these regimes differ in their impact. Given their expansive scope, it is difficult to parry sanctions–particularly those involving designations to OFAC’s Specially Designated Nationals (“SDN”) and Blocked Persons List, which essentially make the designated party fully off-limits to US persons (and as a practical matter, US dollar transactions), and may induce a chilling effect on non-US persons seeking to avoid secondary sanctions. To the contrary, targets of EAR restrictions may be able to counter the blow by procuring necessary inputs from suppliers outside the United States whose items are not subject to the EAR and therefore not licensable. Though perhaps a less viable option in connection with more advanced technology often endemic to the United States, supply chain maneuvering that enables targeted persons to obtain suitable equivalents exposes the potential deficiencies of purely property-based controls.

Perhaps in recognition of this reality, the EAR, though principally property-based, restrict US person activities in certain respects. Relevant here, the EAR’s General Prohibition Seven (GP7) prohibits US persons from engaging in unlicensed proliferation activities and, in light of Commerce’s recent expansion, supporting certain Military Intelligence End-Users and Military Intelligence End-Uses in China and a handful of other high-risk countries (MIEUs). Notably broader than core property-based controls (though less fulsome than sanctions, which require blocking of targeted property), these person-based restrictions appear to effectively prohibit unlicensed US person activities of any kind, even when such activities do not involve items subject to the EAR.

In furtherance of various US policy interests, including those aimed at inhibiting China’s military modernization strategy, Commerce recently has taken a number of traditional export control swings at China, including:

As China’s military enhancement efforts rely in part on certain US-indigenous items, actions designed to preclude Chinese parties’ receipt of such items seem reasonably likely to curb the Chinese military’s progress. But where alterative sourcing is possible, such measures may fall short of meaningfully reducing threats to US national security. Commerce’s MIEU Rule seems to contemplate this potential gap in property-based controls by adding US-person based restrictions.

In March 2021, against the backdrop of China’s military-civil fusion campaign, Commerce expanded GP7 to prohibit unlicensed US person activities pertaining to MIEUs.  Together with the addition to the EAR of new licensing restrictions, these changes comprise the MIEU Rule, which establishes a license requirement–subject to a licensing policy of presumption of denial–for: (1) knowing Exports to MIEUs of any item subject to the EAR; and (2) US person “support” of MIEUs–even when no EAR-regulated items are involved.

For purposes of the MIEU Rule, “support” is defined broadly to include:

These broad US person restrictions distinguish the MIEU Rule from Commerce’s other recent China-focused actions aimed only at precluding their targets from receiving US-regulated items.  In this respect, the MIEU Rule is a hybrid of traditional property-based controls (e.g., license requirements for items subject to the EAR) and sanctions-like restrictions on US person activities (e.g., the apparent prohibition on any knowing involvement by a US person in a transaction involving an MIEU–even when that transaction does not involve a US-regulated product). Take our Export Administration Regulations training to learn more.

Although the torrent of recent Commerce actions seems to lend credence to export controls as effective safeguards of US foreign and national policy, the shift displayed by the MIEU Rule could signal the regulators’ forecast that property-based controls, standing alone, may be incapable of fully dispersing brewing storms. Whether the MIEU Rule succeeds in restraining China’s military intelligence development remains to be seen. In theory, however, hybrid models like the MIEU Rule are compelling because where the property-based element is deficient (due to a target’s ability to procure non-EAR-regulated equivalents), the person-based component (prohibiting a broad range of support activities upon which China’s military intelligence and military-civil fusion strategy may rely) provides cover. Accordingly, Commerce may increasingly cast hybrid measures incorporating US person restrictions, particularly against parties like the Chinese military which pose the greatest threats to US national security.

While industry awaits the next storm, there is no denying that the flurry of China-focused actions has resulted in significant compliance challenges. As a starting point, companies must determine whether the items they export to China are subject to the EAR and, where relevant, whether those items are within the scope of relevant licensing restrictions. This export control jurisdiction and classification analysis requires a command of the regulations as well as deep technical expertise regarding the items at issue, and therefore often calls for the involvement of various internal business functions and possibly external counsel. Further, careful due diligence sufficient to identify unauthorized persons can be a heavy lift, particularly given that Commerce’s published lists are not exhaustive and available information may not be accurate or reliable. Conducting risk assessments, determining business impact, implementing appropriate controls, auditing, and monitoring frequent regulatory developments can be incredibly resource-, time-, and cost-intensive–which, when balancing business needs and urgencies, can be understandably objectionable. Nonetheless, the costs and consequences of noncompliance can be far greater.

As China’s threat to the US persists, the outlook based on recent patterns suggests that more export controls are on the horizon. Certain of these actions may be strictly property-based, as might be expected in connection with activities that blatantly contravene US policy but do not significantly threaten US security, such as human rights abuses occurring in the Xinjiang Uyghur Autonomous Region. Others may, like the MIEU Rule, incorporate person-based restrictions, as might be expected in connection with substantial national security threats, such as the Chinese military, against which property-based controls alone may be inadequate. In the absence of a clear projection, companies that conduct business with China must continue to monitor the skies and find shelter from liability in an appropriate compliance response.