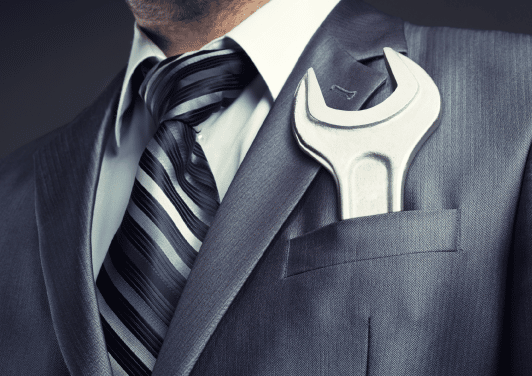 CBP has released the highly anticipated AD/CV duty evasion regulations, which promulgate an administrative procedure for investigating AD/CV duty evasion allegations that CBP must follow. The regulations will undoubtedly require an increased number of importers and foreign manufacturers to formally respond to CBP’s questions and participate in a time-consuming process in the face of allegations brought against them. CBP has issued these regulations in accordance with Section 421 of the Trade Facilitation and Trade Enforcement Act (the Act), which the president signed into law in February of this year. The Act required that CBP establish a formal and transparent process for investigating AD/CV duty evasion allegations and that CBP prescribe regulations to implement this statutory mandate within 180 days of the Act’s enactment. Considering that the 180th day after enactment is today, August 22, CBP is foregoing the typical notice-and-comment period and making the regulations effective upon their publication in the Federal Register on August 22. Still, CBP is issuing the regulations in “interim” form and accepting comments on them until October 21, 2016.

AD/CV duty laws of the United States provide for increased duties on imported goods that the U.S. government, specifically the U.S. Department of Commerce, has found to have been sold into the United States at a price below a deemed fair value or has found to have benefited from certain subsidies conferred by a foreign government, respectively. In addition, in order to impose either duty, the U.S. International Trade Commission must find that the imported products have materially injured or threatened material injury to a domestic industry. CBP plays a significant role in the administration of AD/CV duties as it is the agency with responsibility for collecting cash deposits and final duties on imports of merchandise subject to an AD/CV duty order (referred to herein and in the regulations as “covered merchandise”).

In the past, domestic parties have repeatedly complained that CBP failed to respond to AD/CV duty evasion allegations. In addition, domestic parties have noted that, due to the lack of formal procedures, the agency’s means of dealing with duty evasion suffered from a lack of transparency. Before the Act, CBP did not have to give parties who alleged evasion an opportunity to participate in the investigation or notify such parties about the results of CBP’s review of the allegation.

The Act, and the newly released interim regulations, seek to address this concern. While the Act essentially established a process for investigating AD/CV duty evasion claims, the new regulations provide more details on how the procedure will unfold and how the interested parties must respond. CBP has issued the regulations under an entirely new part of 19 C.F.R., Part 165.

To start, the interim rule clarifies that any “interested party,” can submit an allegation of AD/CV duty evasion through CBP’s e-Allegations system. Interested parties include U.S. manufacturers, producers and wholesalers of domestic like products, as well as foreign manufacturers, producers or exporters of covered merchandise, importers of covered merchandise, a U.S. certified union engaged in the manufacture, production or wholesale of a domestic like product, and trade associations that primarily represent any of the above groups. The regulations also prescribe what type of information the allegation must include. For example, the allegation needs to include reasonably available information to support its allegation.

Notably, the regulations clarify that the information that parties provide to CBP during the investigation will become a part of CBP’s administrative record and may become public. This requirement applies to, amongst other things, allegations, submission of factual information to CBP (e.g., in response to CBP requests), written arguments that the parties provide, and summaries of oral discussions with the interested parties. Interested parties may request business confidential treatment, but, if doing so, they will also have to create a public version for CBP’s record and for the other parties in the investigation. This part of the regulations is notable since, for the most part, CBP’s administrative review of other violations does not become part of a public record. The regulations also provide that any submission of information to CBP during an investigation must contain a certification that all statements in the submission are accurate and true to the best of the submitter’s knowledge and belief. Any material false statements made in a submission may be subject to adverse inferences (described below) and prosecution.

After the submission and receipt of a properly filed allegation, CBP has 15 business days to determine whether to initiate an investigation, based on whether the allegation reasonably suggests evasion and whether the merchandise in the allegation is properly within the scope of an AD/CV duty order. If the agency does not proceed with an investigation, it has an obligation to notify the alleging party within five business days of that determination. According to CBP’s notice, any decision to not investigate is not challengeable.

If CBP decides to initiate an investigation, it generally has 300 calendar days after the date of initiation of the investigation to determine whether the covered merchandise entered by means of evasion. CBP has discretion to extend the time by no more than 60 calendar days for specified extraordinary circumstances.

CBP has broad authority under the regulations and the statute to issue questionnaires and conduct on-site verifications. Parties must strictly follow CBP’s deadlines for responding to requests for information and seek extensions at least three business days before the time limit expires. Considering the strict timetables that CBP must follow under the Act, it is reasonable to conclude that CBP may not grant extensions on a liberal basis. Notably, if the party that filed the allegation or the importer, foreign producer or exporter of the covered merchandise fails to cooperate and comply with CBP’s requests, CBP may apply an adverse inference to the detriment of that party in the investigation. Therefore, the failure to respond could help lead CBP to determine that evasion has or has not occurred.

CBP also has the authority, no later than 90 calendar days after initiating an investigation, to issue interim measures if there is a reasonable suspicion that the importer entered covered merchandise through evasion. CBP can, for example, suspend the liquidation of each unliquidated entry of covered merchandise that entered on or after the date of the initiation of the investigation and require the posting of a cash deposit or single transaction bond to protect the revenue of the United States. Notably, the regulations provide that CBP will issue notification of its decision to initiate an investigation to all parties to the investigation no later than 95 calendar days after that decision has been made and no later than five business days after taking interim measures. Therefore, it seems that CBP could suspend liquidation of an importer’s entries and require the posting of additional security before that party obtains notification of the initiation of an investigation.

Once CBP has made its determination on evasion, it shall notify the parties to the investigation within five business days. The parties have an opportunity to appeal if they disagree with the outcome. They can request an administrative review by CBP and, subsequently, judicial review. These requests fall under strict deadlines, and the regulations clarify that untimely or incomplete requests for administrative review will not be accepted under any condition.

Importer’s and Interested Parties’ Takeaways from the New Regulations

Importers need to prepare themselves for a likely uptick in allegations of AD/CV duty evasions by competitors, both domestic and foreign. Considering the strict timetables and documentary requirements that these procedures establish, it is imperative that importers know their obligations under the law and know how and when they respond. Importers and interested parties should also be prepared to take advantages of some of the benefits of the new regulations. For example, the regulations provide for the chance to present written arguments to CBP. Parties which have been alleged as evading duties can use this opportunity to petition the agency with their defenses. Perhaps, most importantly, these new rules and the statutory mandate on CBP to investigate allegations will almost certainly bring an increase in enforcement. As such, importers and other relevant parties need to take reasonable steps to verify the nature of their imported merchandise and ensure, to the best of their ability, that they are not inadvertently evading AD/CV duties.

The content of this article is intended to provide a general guide to the subject matter. Specialist advice should be sought about your specific circumstances.