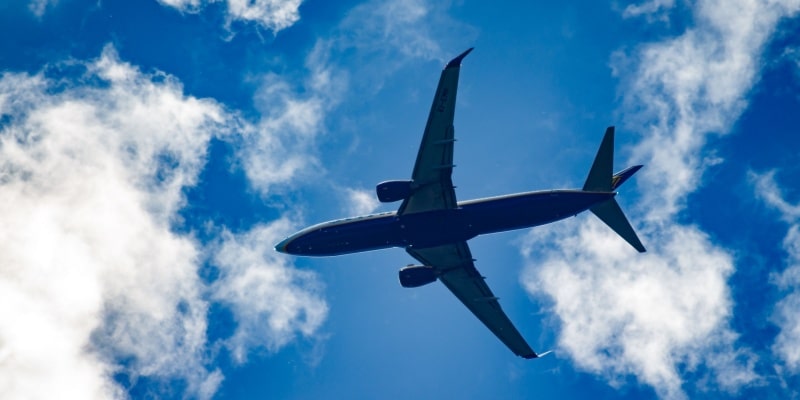 The U.S. Commerce Department, through its Bureau of Industry and Security (BIS), publicly identified commercial and private aircraft that have flown into Russia in apparent violation of the Export Administration Regulations (EAR).  In so doing, BIS is notifying the public that providing any form of service to these aircraft requires authorization. Absent such authorization, any person anywhere—including within Russia—risks violating the EAR and would be subject to BIS enforcement actions which could include substantial jail time, fines, loss of export privileges, or other restrictions.  By preventing these aircraft from receiving any service, for example including from abroad, international flights from Russia on these aircraft are effectively grounded.  Today’s actions are part of BIS’s response to Russia’s further invasion of Ukraine.

“Today, the Department of Commerce is demonstrating the power and reach of the actions we took over the past few weeks in response to Russia’s brutal war of choice against Ukraine,” said Secretary of Commerce Gina M. Raimondo. “We are publishing this list to put the world on notice—we will not allow Russian and Belarusian companies and oligarchs to travel with impunity in violation of our laws.”

“The actions we have taken to date have isolated Russia and Belarus from the global economy, and I hope that today’s action brings that fact home to the Russian businesses and oligarchs that seek to continue their operations,” said Deputy Secretary of Commerce Don Graves. “We are working with our allies and partners to ensure that Russia and Belarus understand that our actions aren’t idle words or dead letters on the page. They have real teeth and as Putin’s vicious war continues, they will continue to bite harder on the Russian and Belarusian economies.”

“Commitment to the rule of law is one of the democratic principles that we and our allies and partners stand for as we stand with the people of Ukraine,” said Assistant Secretary of Commerce for Export Enforcement Matthew S. Axelrod. “Today’s action lets Vladimir Putin’s enablers know that, as a consequence of their actions, they have fewer places to hide and fewer ways to get there.”

Since March 2, 2022, based on publicly available information, BIS has identified a number of commercial and private flights from third countries to Russia, all of which are owned or controlled by, or under charter or lease to, Russia or Russian nationals, and has listed those aircraft below. Accordingly, any subsequent actions taken with regard to any of the listed aircraft, including, but not limited to, refueling, maintenance, repair, or the provision of spare parts or services, are subject to the prohibitions outlined in General Prohibition Ten of the EAR (Section 736.2(b)(10)), which provides

You may not sell, transfer, export, reexport, finance, order, buy, remove, conceal, store, use, loan, dispose of, transport, forward, or otherwise service, in whole or in part, any item subject to the EAR and exported or to be exported with the knowledge that a violation of the Export Administration Regulations, the Export Administration Act or any order, license, License Exception, or other authorization issued thereunder has occurred, is about to occur, or is intended to occur in connection with the item. Nor may you rely upon any license or License Exception after notice to you of the suspension or revocation of that license or exception. There are no License Exceptions to this General Prohibition Ten in part 740 of the EAR.

BIS today is publishing this identifying information for aircraft involving an apparent violation of the EAR to notify all persons and companies in the United States and abroad that providing any form of service to these aircraft may constitute a violation of the EAR.  Please note this list is not exhaustive and the restrictions also apply in any situation in which a person has knowledge that a violation of the EAR has occurred, is about to occur, or is intended to occur in connection with an aircraft or other item that is subject to the EAR, whether or not such aircraft or other item is included on this list. This list will be updated as circumstances warrant.

Additional BIS resources on export controls implemented in response to Russia’s invasion of Ukraine are available at:

These BIS actions were taken under the authority of the Export Control Reform Act of 2018 and its implementing regulations, the Export Administration Regulations (EAR).