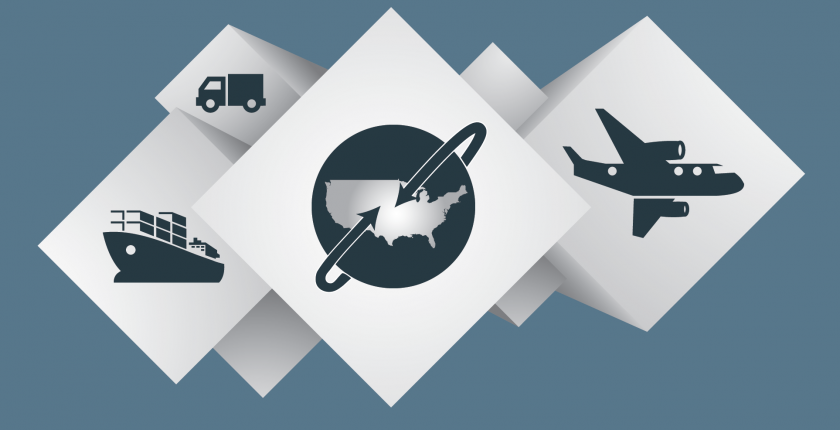 In a decision with potentially far-reaching effects, the Court of Appeals for the Federal Circuit (the “CAFC”) recently held that liability for import violations can extend to persons other than an Importer of Record (IOR) in section 1592 penalty cases (19 U.S.C. § 1592).

In United States v. Trek Leather, Inc., and Harish Shadadpuri, Ct. 2011-1527 (CAFC, September 16, 2014) ( http://www.cafc.uscourts.gov/images/stories/opinions-orders/11-1527.Other.9-12-2014.1.PDF ) a panel of circuit court judges vacated their previous decision and agreed with a decision of the Court of International Trade, which found that the owner and president (Mr. Shadadpuri) of a closely held corporation (Trek Leather, Inc.) was personally and individually liable for duties and monetary penalties under section 1592 for the unintentional, but grossly negligent, undervaluation of imported men’s suits.

The court’s rationale for holding Mr. Shadadpuri personally liable for the undervaluation departed from a more traditional analysis of third-party liability in Customs penalty cases.  Without disturbing its prior case law, which rejects 1592 liability for third parties who “aid or abet” an importer who negligently presents false or misleading information to Customs when “entering” imported merchandise.  The Court of Appeals determined that Mr. Shadadpuri was responsible for the “introduction” of the merchandise into the United States, and therefore had a duty to exercise care in connection the eventual entry of merchandise and in making declarations to Customs (see 19 U.S.C. § 1484 (entry) and 19 U.S.C. § 1485 (declarations)).  Section 1592 prohibits the filing of materially “false” entry documents or in making material omissions.  It includes acts or omissions incurred because of negligent, grossly negligent or intentional conduct.  A false document is one that contains, for example, an incorrect classification, omission of an element of value, or unsupported duty free exemptions or preferences.

Focusing on the language of section 1592(a), the court noted that the customs penalty statute covers more than just “entry,” and that subsection (a)(1)(A) forbids any person to “enter, introduce, or attempt to enter or introduce” merchandise by means of false statements or omissions with intent or lack of care.  Given this broad language, the court noted that it did not need to decide the question of whether Mr. Shadadpuri attempted to or did “enter” the merchandise.  Rather, it relied instead on the “introduce” language of section 1592(a)(1)(A) to assess liability.  After reviewing a history of the term, the court explained that the language:

Based on the undisputed facts, the court found that the specific conduct of Mr. Shadadpuri came within “the commonsense, flexible understanding of the ‘introduce’ language of section 1592(a)(1)(A),” reciting a laundry list of reasons, including:

Mr. Shadadpuri also furnished to the customs broker, commercial invoices that materially understated the value of the merchandise, thereby reducing the calculated customs duties, knowing that fabric assists must be included on the import documentation.  By this activity, the court explained that “he did everything short of the final step of preparing the CBP entries and submitting them and other required papers to make formal entry.”  Rejecting the notion that subjecting Mr. Shadadpuri to section 1592 requires the piercing of the corporate veil of Trek Leather, Inc., the court determined that he incurred liability through his own actions:

While the Trek Court focused on the abhorrent but negligent actions and behavior of Mr. Shadadpuri, one should not assume that the case has narrow implications to the rest of the importing community, and those individuals that engage in duties and activities associated with importing goods.  In closing, the court explains that:

As interpreted by the CAFC in Trek, the scope of the term “introduce” in section 1592(a) applies to “persons” who engage in actions that occur before any formal entry filings are made to effectuate the release of imported goods, including the process of entry by moving goods into CBP custody and providing critical documents (such as invoices indicating value) for use in the filing of entry documents.  As such, liability under section 1592(a) can now extend to employees that work for an Importer of Record or facilitate the importation of goods for another party, and who have a duty to exercise care in connection with the eventual entry of merchandise, including supervisory personnel who permit such negligent actions to occur through their own action or inaction.  Clearly, the stakes are now higher for companies and their employees, and we recommend that companies review their internal controls over import transactions to ensure that such controls are effective in minimizing the risk of  non –compliance.  The full extent and impact of the Trek decision, however, will take time to become known as CBP begins to assess 1592 penalties against persons that are not the importer of record for their own negligent action or inaction when importing goods by means of false statements or material omissions.

George Tuttle is a San Francisco based attorney, whose practice focuses on Customs and international trade related matters.

To learn about George and his services visit www.TuttleLaw.com

For more information on this subject, you may contact: