Cuba-U.S. Relations: The Rapprochement Slows Down 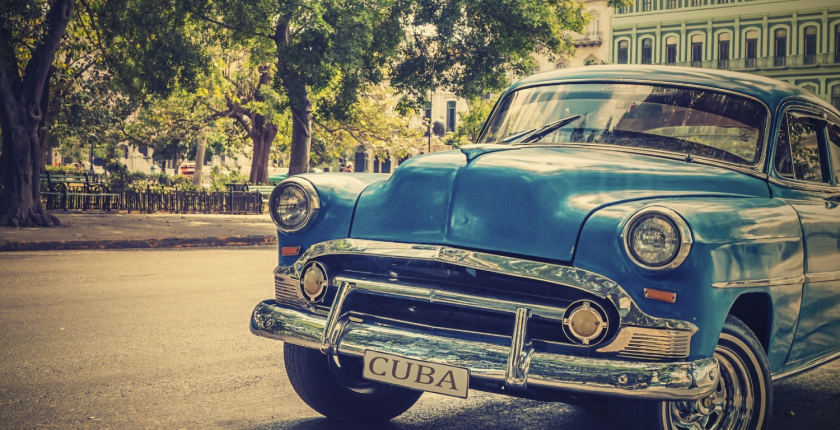 Soon after Fidel Castro overthrew the government of Cuba to found a communist state in 1959, Cuba began nationalizing U.S-owned properties in Cuba. In response, the U.S. implemented trade restrictions, closed its embassy in Havana, broke official diplomatic relations with Cuba, and attempted to overthrow the Cuban government. The U.S. also declared a trade embargo on Cuba in 1960, which severely hampered the Cuban economy over the course of the next half-century.

The frosty relationship between the U.S. and Cuba remained almost unchanged until one year after Raúl Castro was made president of Cuba in 2008. In 2009, President Obama lifted all restrictions on family travel to Cuba. He also allowed U.S. citizens to travel to Cuba for religious or educational purposes. The trend continued when two years later, President Obama lowered more restrictions on the island by allowing non-family remittances and U.S. charter flights to and from Cuba for the purpose of expanding commercial, scientific, and humanitarian ties between the two countries.

In December 2014, President Obama began direct negotiations with Raúl Castro to further facilitate the budding relationship between the two countries. In his 2015 State of the Union address, Obama spoke of potential further improvements in the Cuba-U.S. relations:

“In Cuba, we are ending a policy that was long past its expiration date. When what you’re doing doesn’t work for 50 years, it’s time to try something new.”

Subsequently, the Obama administration: (i) removed Cuba from the U.S. State Sponsors of Terrorism list; (ii) lifted several import and export restrictions, thereby approving (among other things) Cuban pharmaceuticals for import, online commerce with Cuba, and the removal of the prior $100 cap on the value of Cuban rum and cigars imported into the U.S. for personal consumption; (iii) reopened the Cuban embassy in Washington and the U.S. embassy in Havana; and (iv) allowed U.S. citizens to travel to Cuba for nearly any purpose which resulted in a 36% rise in U.S. travel to Cuba by Americans with no family ties to the island. Additionally, the Cuban government opened a bank account in the United States, which allowed Cuba to conduct business in the United States for the first time since the embargo began.

The relationship between Cuba and the U.S. further improved in 2016 when President Obama and Raúl Castro agreed to: (i) reauthorize postal service between the two countries after 53 years; (ii) regularly scheduled flights between the United States and Cuba; and (iii) allow U.S. companies to operate in Cuba, including: Verizon, Sprint, Airbnb, Starwood Hotels, Carnival, and Netflix. The rapprochement culminated in March 2016, when President Obama became the first sitting U.S. President to visit Cuba since 1928.

The election of Donald Trump, however, has chilled the détente between the two countries. In June 2017, Trump partially reversed course, issuing a memorandum reversing some of the Obama administration’s policies regarding U.S. relations with Cuba. In late 2017, Trump expelled fifteen Cuban diplomats and reduced personnel at the U.S. embassy in Havana as a result of alleged “sonic wave” attacks on U.S. personnel in Cuba. The reduction of U.S. personnel in the embassy resulted in halting all operations except for emergency services to U.S. citizens.

Furthermore, the Trump administration reinstated restrictions on U.S. citizens traveling to and engaging in commerce with Cuba. Americans are no longer allowed to do business with over 180 entities, which are believed to be “under the control of, or acting for or on behalf of, the Cuban military, intelligence, or security services or personnel with which direct financial transactions would disproportionately benefit such services or personnel at the expense of the Cuban people or private enterprise in Cuba.” For a list of all restricted entities and sub-entities as of November 9, 2017, click here.

Pursuant to the new rules, U.S. travelers must utilize authorized “sponsoring” tour operators only and must be accompanied by a person subject to U.S. jurisdiction who is a representative of the sponsoring organization. Additionally, travelers must be able to show a “full-time schedule” of “meaningful” activities that help Cuban people going beyond eating at local restaurants, staying in rooms in private homes, or shopping in private stores. For the specific travel requirements, click here.