Do You Know Where Your Risk of Loss Begins? 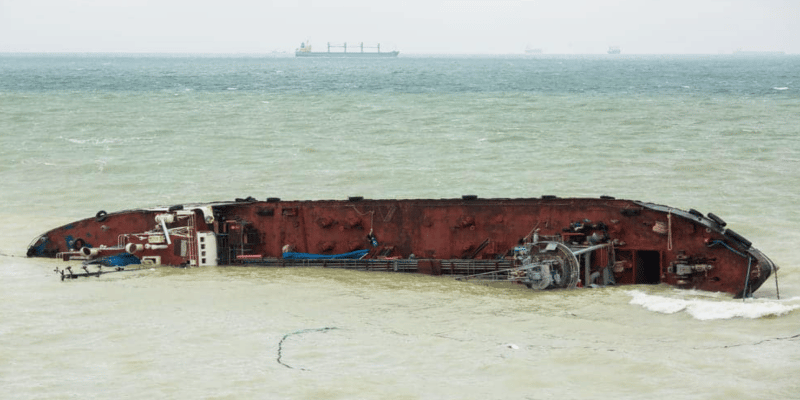 Disruptions from supply chain and logistics backups have been all over the news lately. The problem is so serious that it’s even made it to the funny pages.

Aside from these current systemic issues, every international sale poses logistics and supply chain concerns, since merchandise may get delayed, lost, or damaged in transit. The question then becomes which party, the buyer or the seller, bears responsibility for the resultant physical and financial harm. The answer depends on what’s in the sales contract, particularly the INCOTERM™ chosen. (and shipping terms set forth in the LCs)

When Can a Buyer Refuse Payment for Goods Ordered under a Contract?

To simplify a complex set of facts, the plaintiff, Ziking, contracted to sell “customized steel pillars” to Meever & Meever USA, one of the defendants. The terms were CIF (Cost, Insurance and Freight) Houston, Texas. The payment was to be made under irrevocable letters of credit.

As it happened, Meever claimed that shipping documents were discrepant with the L/Cs’ requirements, and directed its bank to disallow payment. It also asserted that the goods were non-conforming to the sales contract, and refused to accept or pay for them.

Ziking sued for damages, including the unpaid price of the steel pillars along with the cost of shipping the product back to China and attorneys’ fees. Following a bench trial, the court issued a judgment, totaling $2,356,892 for actual and consequential damages, in Ziking’s favor, with the amount of attorneys’ fees to be determined.

Like It or Not, the UN Convention Governed the Sales Contract

Here are some points of general interest arising from the court’s opinion.

The contract was governed by the United Nations Convention on Contracts for the International Sale of Goods, to which the United States and China are signatories. The Convention applies automatically to sales contracts between parties located in signatory countries unless there is an explicit opt-out in the contract. None appeared in the Ziking-Meever agreement.

The court applied the Convention in rejecting Meever’s first line of defense, that Ziking’s nonconforming shipping documents fundamentally breached the contract, thereby relieving Meever of the obligation to accept and pay for the goods. There was nothing to indicate the parties considered documentary discrepancies to be related to Meever’s responsibility to pay for the goods; to the contrary, because the L/C imposed a $50 charge for each discrepant document, any such errors by the seller were to be addressed in this manner.

Meever’s second line of defense, that the goods were defective, also failed. The Convention requires buyers to prove that any alleged defects were present in merchandise before the risk of loss passed from the seller. Here’s where the contractual CIF term made a crucial difference.

Under the Convention, a trade term chosen in a contract is binding on the parties. CIF directs that the risk of loss passes when the goods are placed on board the vessel in the port of export, even though the seller pays for ocean transportation. At most, according to the court, Meever’s evidence showed the steel pillars were damaged when they arrived. It did not address their condition before placement on the vessel.

The company thus failed to meet its burden to prove nonconformity of the goods, so its rejection of them and failure to pay was a breach of the contract warranting an award of damages.

Lessons to Be Learned?

There are a couple of points of universal application illustrated by this case.

First, parties to an international sales contract should always be aware of whether the Convention applies. While there was no discussion in the Ziking case of whether the parties knew the Convention would govern, the buyer’s actions, in particular, seemed to occur without regard to the applicable requirements. Rejecting the merchandise without having first determined whether any defects were present before loading on the vessel preordained the outcome of the seller’s inevitable lawsuit.

Second, contracting parties should be aware of the obligations imposed by the trade term they adopt, particularly for contracts covered by the Convention. In this case, CIF’s designation of where the risk of loss passed doomed Meever’s defense that the goods were defective. The outcome may have been different under a “D” (delivered) term. Far from being an afterthought, the choice of trade term should be a key consideration in every sales contract. The wide range of differences among the various terms are covered in my own modest contribution to public understanding of this topic, Incoterms 2020.

In short, proper contract planning and execution must be an integral part of international traders’ efforts to secure their supply chain, no less so than finding a source of the goods and means to ship them. The Ziking v. Meever & Meever case illustrates the unhappy consequences when that principle is ignored.

A letter of credit is a legally binding agreement used to facilitate international trade for a sale between the seller and the buyer. Imagine not getting paid for your international sale! Unfortunately, it does happen.

Does your staff understand the “terms of sale” of your international transactions? Incoterms® – an acronym for International Commercial Terms – are the rules first issued by the International Chamber of Commerce (ICC) in 1936 as a way of unifying the shipping practices and legal interpretations between countries involved in global trade.