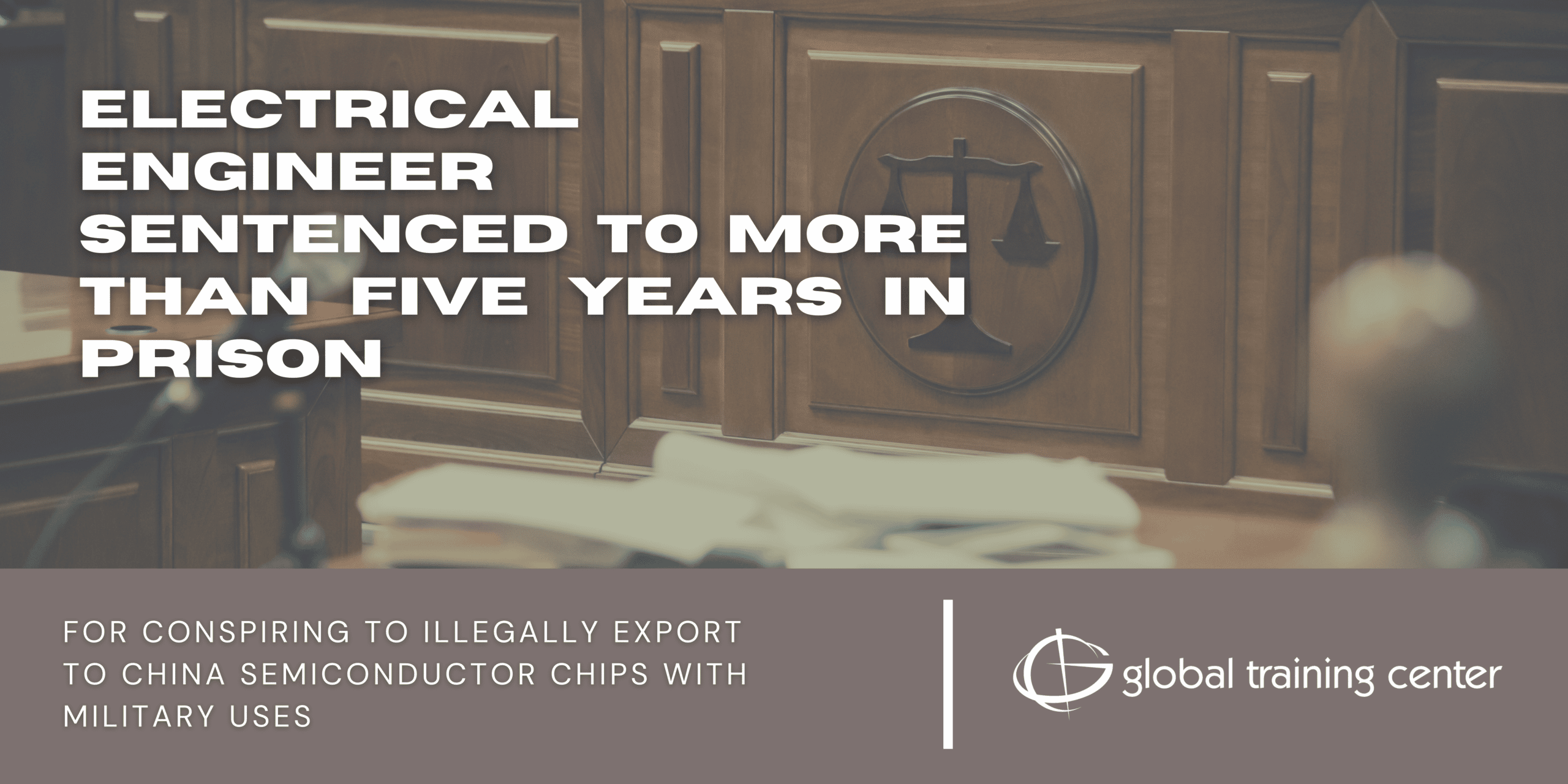 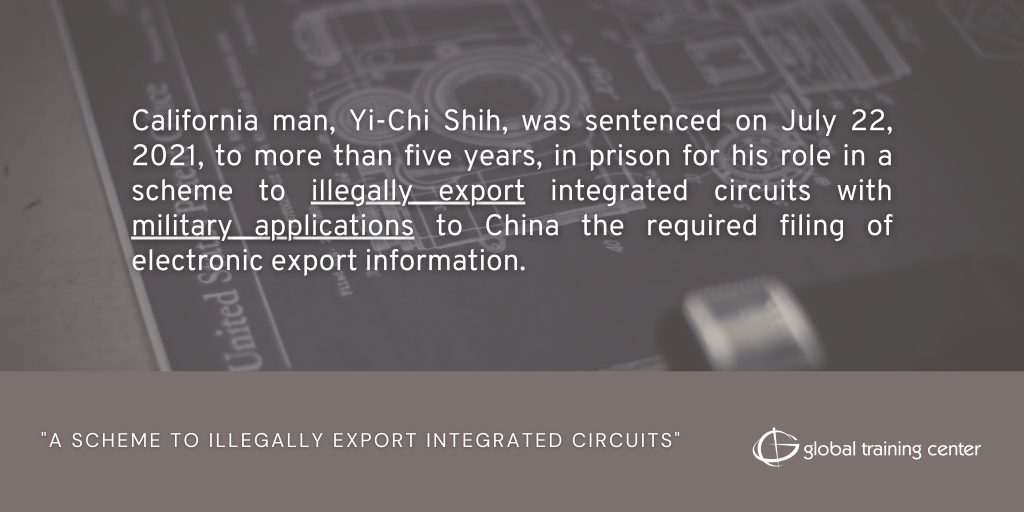 A California man was sentenced today to 63 months, or more than five years, in prison for his role in a scheme to illegally export integrated circuits with military applications to China the required filing of electronic export information. As part of his sentence, the Judge ordered Shih to pay $362,698 in restitution to the IRS and fined him $300,000. 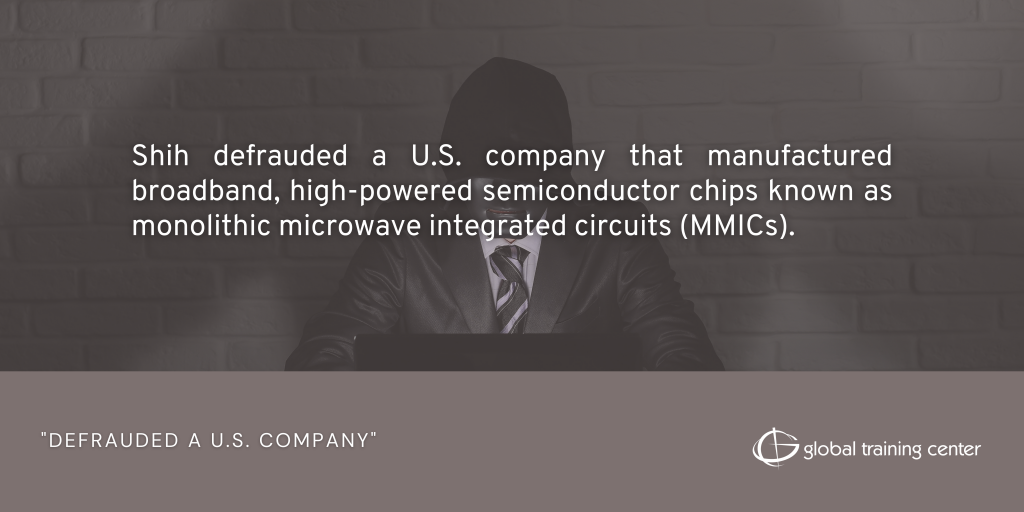 Yi-Chi Shih, 66, of Hollywood Hills, was convicted on July 2, 2019, to one count of conspiracy to violate the International Emergency Economic Powers Act (IEEPA) and the Export Administration Regulations (EAR). Shih also was convicted of four counts of mail fraud, two counts of wire fraud, one count of conspiracy to gain unauthorized access to a protected computer to obtain information, one count of making false statements to an FBI agent, three counts of subscribing to a false tax return, and four counts of making false statements to the IRS about his foreign assets.

According to court documents, Shih defrauded a U.S. company that manufactured broadband, high-powered semiconductor chips known as monolithic microwave integrated circuits (MMICs) out of its confidential and proprietary business information that was part of its MMIC manufacturing services, according to trial evidence. As part of the scheme, Shih accessed the victim company’s web portal after obtaining that access through an associate who posed as a domestic customer seeking to obtain custom-designed MMICs that would be used solely in the United States. In this way, Shih concealed his true intent to export the U.S. company’s MMICs to the People’s Republic of China. 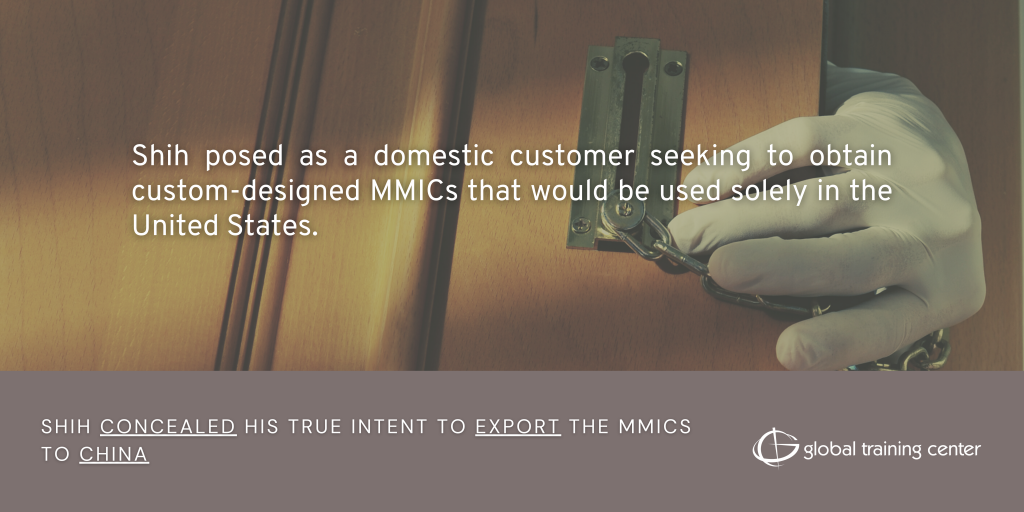 Shih was the President of Chengdu GaStone Technology Company (CGTC), a Chinese company that was building a MMIC manufacturing facility in Chengdu. In 2014, CGTC was placed on the Commerce Department’s Entity List, according to court documents, “due to its involvement in activities contrary to the national security and foreign policy interest of the United States – specifically, that it had been involved in the illicit procurement of commodities and items for unauthorized military end-use in China.”

Shih used a Hollywood Hills-based company he controlled – Pullman Lane Productions, LLC – to funnel funds provided by Chinese entities to finance the manufacturing of the MMICs by the victim company. Pullman Lane received financing from a Beijing-based company that was placed on the Entity List the same day as CGTC “on the basis of its involvement in activities contrary to the national security and foreign policy interests of the United States,” according to court documents.

Shih’s associate, Kiet Mai, pleaded guilty in December 2018 to one felony count of smuggling and was sentenced to 18 months’ probation and a $5,000 fine. 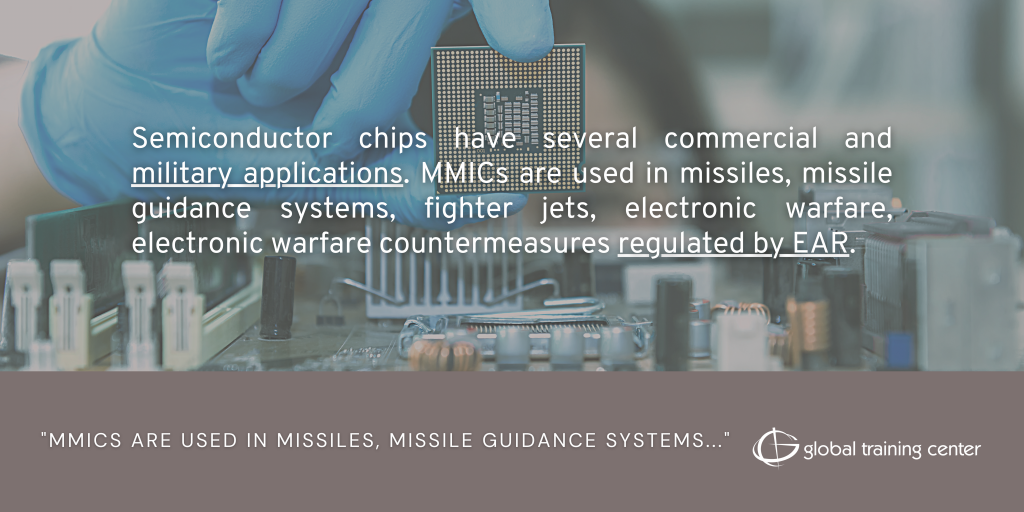 The FBI, the U.S. Department of Commerce’s Bureau of Industry and Security Office of Export Enforcement, and IRS Criminal Investigation investigated the case, with valuable assistance provided by the Royal Canadian Mounted Police.

You can read the original posting here  > U.S. Department of Justice