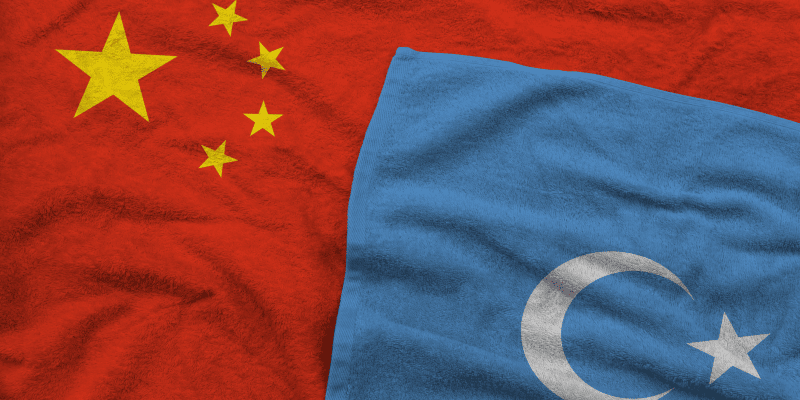 The UFLPA has three key provisions:

In the following transcript, George Thompson discusses how these new requirements present enforcement challenges for CBP and compliance challenges for importers.

Hello, this is George Thompson and today I’m going to discuss the implementation of the Uyghur Forced Labor Prevention Act or UFLPA. The statute requirements went into effect on June 21, and are now being enforced by US Customs and Border Protection. The UFLPA has three key provisions.

First, it creates a rebuttable presumption that all items produced in whole or in part in the Xinjiang region of China are made with forced labor. Second, it requires CBP to create an entity list of companies believed to use forced labor, and third, products covered by the presumption are prohibited from importation into the United States.

These new requirements pose enforcement challenges for CBP and compliance challenges for importers and their suppliers. We have yet to see how disruptive the enforcement will be. But it’s not too soon to address the possibilities, I doubt there will be many goods coming directly from Xinjiang. At this point, if there are there’ll be easy pickings, and everybody should know to avoid them by now. So CBP will likely focus on trend shipments and downstream products made with Xinjiang content, like cotton and polysilicon. I expect these are the types of items that will be in CBP’s crosshairs. If I’m right, importers of items made from them, like textiles and apparel, and solar panels and semiconductors are likely to be among the first enforcement victims. The statute’s coverage also would include articles made with those textiles and semiconductors, so importers of items two or more steps removed from the Xinjiang content also are at risk.

Once CBP starts down that rabbit hole, there’s no telling where it may end up. The other low-hanging fruit will be products made by companies on the Entity List. Now let’s face it, no one will be bringing in any goods where those companies are identified as a source because they just won’t be allowed in. affiliates of the listed companies outside Xinjiang also are subjected to the forced labor presumption. And of course, our downstream products meet with content from the listed sources and their affiliates. In my view, there is no way right now to fully predict what items will get caught or whether CBP will be narrow in focus or institute a dragnet instead.

So what happens when CBP excludes merchandise from entry, there are two different procedures that an importer can follow depending on the underlying facts. The first is to attempt to rebutting the presumption. This requires a showing that any Xinjiang content in the product was not made with forced labor under a clear and convincing evidence standard. To succeed, the importer must have a program in place to map and document each stage of the production process what CBP calls supply chain tracing, importers also must respond to all CBP requests for information if the agency is convinced the goods will be released.

Note, however, that each exception granted by CBP is subject to congressional notification and public disclosure, which I expect will make the agency very cautious in granting them. The second procedure is to demonstrate that a product was neither made in Xinjiang nor has any content from there or from an entity-listed source. This too requires supply chain tracing to document that the product and its contents aren’t subject to the presumption in the first place. Even if CBP does confirm exclusion under the process, the importer may protest the determination and appeal denial of the protest to the court of international trade. I don’t want to make this sound too dire. But my view at this time is that importers of products made in China or with Chinese content, need to have a system in place right now to confirm their products are outside the UFLPA coverage. Waiting until an entry is excluded by CBP or the merchandise is seized, will be too late to gather the extensive proof required to either rebut the presumption or show its inapplicability.

Remember, the statutory presumption means that CBP does not have to show an item or any of its content was made with forced labor to take enforcement action. Instead, the burden falls on the importer to show that it wasn’t preparation that will be the key to success in doing so.