FTC Cracks Down on False Claims of United States Origin 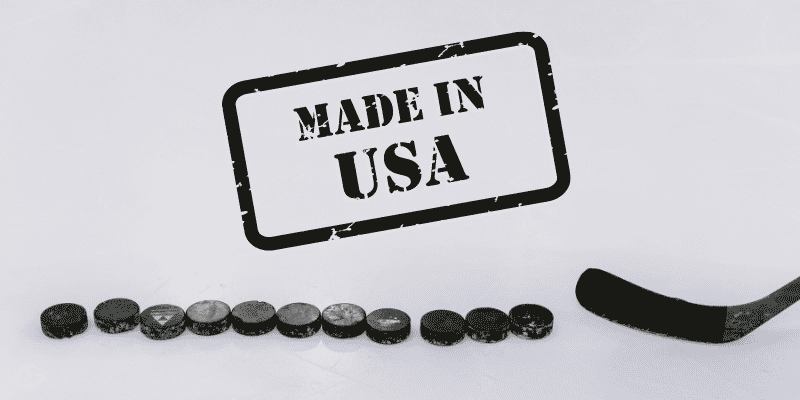 You can tell them and tell them, but do they listen? Noooooo.

Well, in fact, I never told “them” anything, but there’s enough information out there warning against falsely claiming imported articles are “Made in America” to let everyone know that it’s a really bad idea. The Federal Trade Commission considers false claims of United States origin to be an unfair trade practice, and recently caught some companies that apparently didn’t get the memo.

The first case involved hockey pucks that were manufactured in China but marketed as “‘Made in America” and “The Only American Made Hockey Puck!’ Taking the agency’s complaint at face value, there was a clear misrepresentation of origin.

That’s the least interesting part of the case, however. More importantly, the FTC provided a concise summary of the circumstances when a claim of United States origin is permissible:

Expanded Penalties in the Offing?

And perhaps even more importantly than that, three of the agency’s five commissioners expressed some dissatisfaction with the FTC’s traditional approach of seeking consent agreements or injunctions against parties that persist in making false origin claims. Commissioners Slaughter and Simons anticipated “the possibility that the FTC can further maximize its enforcement reach, in all areas, through the strategic use of additional remedies . . . such as monetary relief or notice to consumers . . .” Commissioner Chopra opined that “the Commission should consider remedies tailored to the individual circumstances of the fraud, including redress and notice for consumers, disgorgement of ill-gotten gains, opt-in return programs, or admissions of wrongdoing.”

If the FTC does pursue these options, it would mark a significant change in its enforcement posture. Current agency practice is forward-looking, in that it generally seeks to halt continued violations but no money damages. The potential remedies mentioned by the commissioners would certainly add some teeth to the FTC’s enforcement capabilities.

The second, slightly less mundane case, addressed certain backpacks and travel bags that the vendors claimed were “Made in the USA”. According to the FTC’s complaint, though, “In fact, more than 95% of Respondent Sandpiper’s products are imported as finished goods, and approximately 80% of Respondent PiperGear’s products are either imported as finished goods or contain significant imported components.” The latter point highlight’s the FTC’s long-held position that articles produced or assembled in the United States with “significant” foreign content cannot be advertised or labeled as U.S.-made items unless an appropriate qualifier is included.

If, as I expect, these cases herald a more aggressive enforcement approach, false claims of United States origin could become more expensive in the future.