Home » Malaysia pledges to tackle forced labor after US downgrade

Malaysia pledges to tackle forced labor after US downgrade 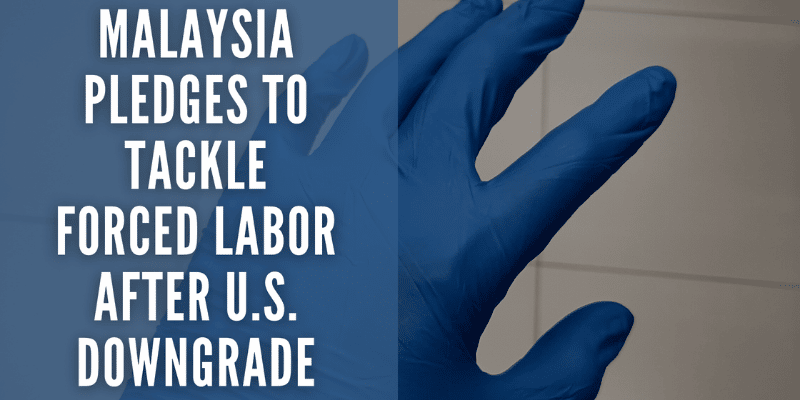 KUALA LUMPUR, Malaysia (AP) — Malaysia’s government pledged July 5, 2021, to take steps to eliminate forced labor after the country was downgraded by the U.S. to the worst level in an annual report on human trafficking.

Human Resources Minister M. Saravanan said the government is taking the downgrade seriously and has ramped up efforts to battle human trafficking, including increased prosecution for companies involved in forced labor.

The U.S. State Department’s annual “Trafficking in Persons” report, released July 2, cited the coronavirus pandemic as contributing to a surge in human slavery between 2020 and 2021.

It said Malaysia, which had been on a watchlist for three years, was downgraded to Tier 3 for failing to meet minimal standards for the elimination of trafficking and was not making significant efforts to do. Malaysia joins more than a dozen other countries including China, Russia, and North Korea.

The downgrade means that without a U.S. presidential waiver, Malaysia could lose some U.S. assistance, although decisions on such penalties will not be made until later this year. 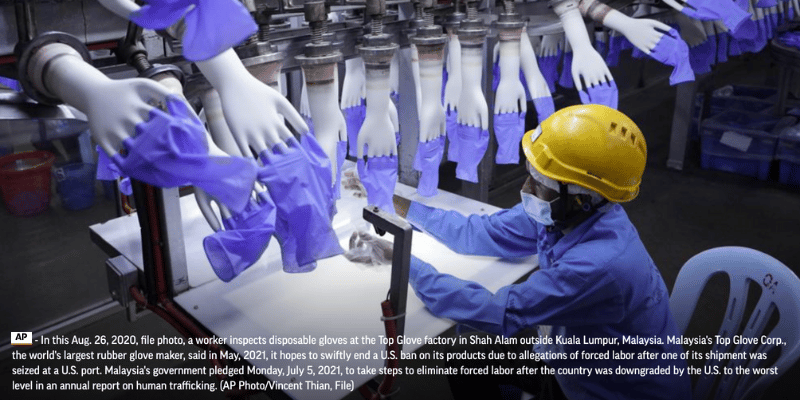 The report also said Malaysia pursued cases of forced labor as disparate labor law violations instead of criminal cases of human trafficking or failed to investigate them at all.

Saravanan said the government will study costs imposed by recruitment agencies to ensure there are no hidden charges that could lead to worker exploitation and debt bondage. To boost workers’ welfare, he said employers will now have to pay for social security for all domestic helpers.

To tackle forced labor, he said the government has set up a mobile application called Working for Workers since May to allow foreign workers to make direct complaints to labor offices. So far, 4,636 complaints have been made, of which 3,502 have been investigated and action is taken, he said.

Saravanan said the government is working with the International Labor Organization to draw up an action plan to address the issue of forced labor and child labor by the fourth quarter this year.

“The ministry will implement various improvements in addition to existing initiatives to address challenges in labor issues,” he said.

You can read the original posting here  > AP