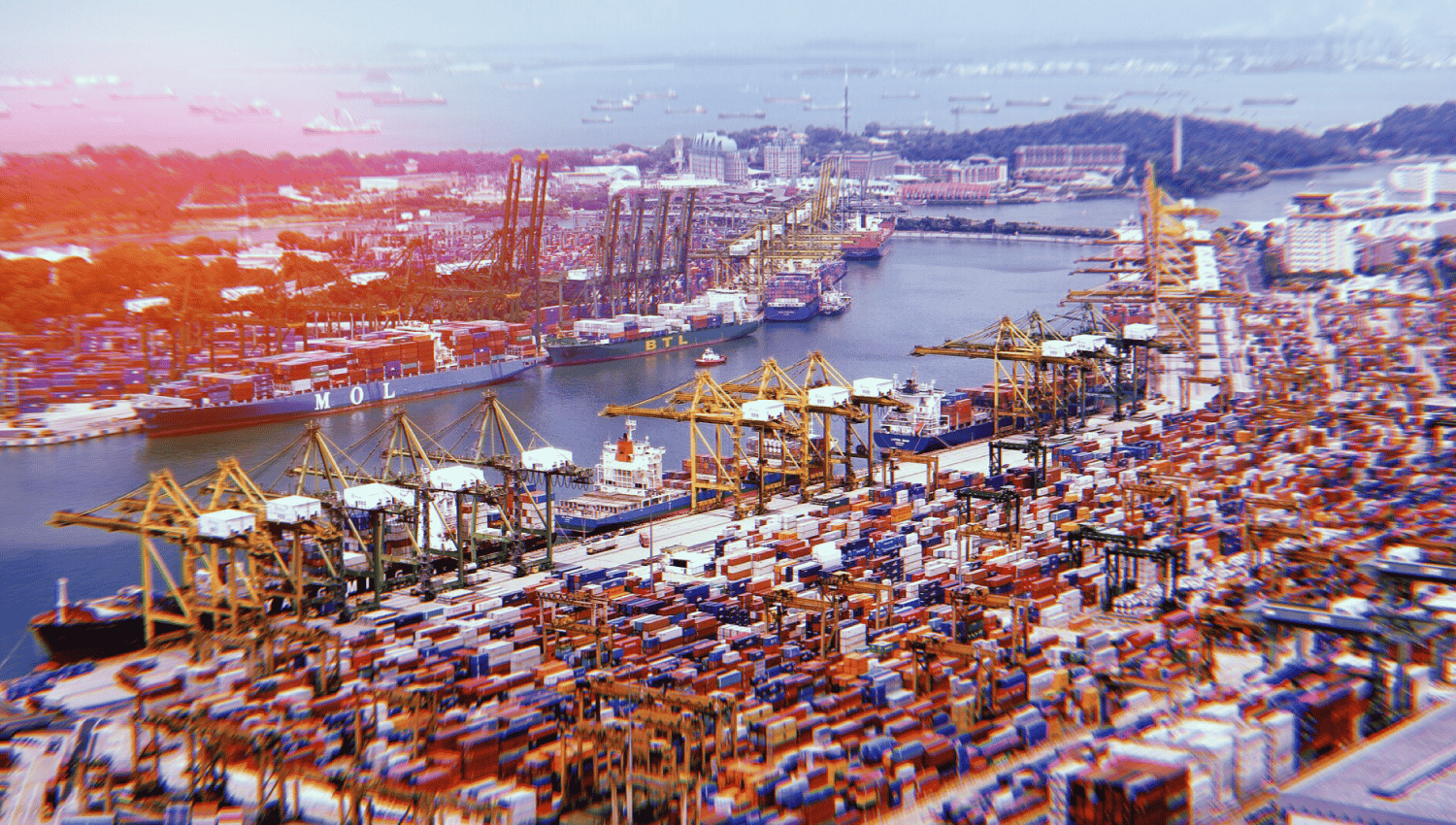 The logistics landscape is ever-evolving as shippers adopt new supply chain strategies and adapt to diverse and variable market pressures. Ports, too, are adapting to succeed in today’s changing market and rise to the challenges associated with the rapid upsizing of container ships (see sidebar). And in this global and expanding e-commerce world, the choice of where shippers locate distribution center (DC) operations and which ports they choose to employ has a meaningful impact on margins.

Because a significant amount of U.S. imports are shipped through Canadian ports, this ports update will take a look at Canada and the U.S. as a single North American market. The vast majority of non-NAFTA trade volumes arrive by ship; thus seaports are central features of the logistics landscape.

Most manufactured goods are shipped in containers because this alleviates the need to handle the commodities at the port. Instead, the containers can be loaded directly onto trucks or railcars and transported to a regional distribution center for deconsolidation and delivery. Container trade volumes are best forecasted using a top-down macroeconomic approach that accounts both for differential tradelane growth rates and for the order in which ports are called.

Typically, the largest market in a service rotation will be called first, and intermodal volumes destined for inland markets will be discharged there. With half of the population residing in inland markets, inland intermodal and truck volumes are important revenue generators for ports that attract first inbound calls.

In short, a container port’s volume will depend on the tradelane mix of services calling the port, the headhaul direction of each of these tradelanes (imports have been growing faster than exports), where the port sits in the port rotation, and the ability of the port to accommodate increasingly large vessels.

Why does this matter to shippers? Port volumes reflect current market conditions and are a measure of “group think” among shippers. But there is a catch. The alignment of many thousands of individual supply chain decisions leads to differential port volume growth rates, and the fastest growing ports face the biggest challenges in managing congestion.

In our modern logistics landscape, shippers must account not only for conditions that affect logistics costs, transit times and reliability today, but also anticipate how these metrics are likely to evolve tomorrow and over time when setting up distribution networks and siting distribution centers.

Many economists have expressed concern over the fact that global trade has been growing at rates that have been close to parity with global GDP. While this may be true in dollar terms, global container volumes continue to grow at a multiple of world GDP—and the same is true in North America.

Since recovering from the global financial crisis, loaded inbound container volumes associated with the North American import headhaul tradelanes (NE Asia, SE Asia, Northern Europe, the Mediterranean, Central America, South America and the Indian Subcontinent) have expanded at a compound annual rate of 4.2%, which is approximately double the 2.1% compound annual rate of growth for the combined U.S. and Canadian economy. In order to accommodate this growth, carriers have upsized vessels.

The relationship between total container volumes and real GDP is linear and highly correlated. This means that each unit of real GDP growth is associated with a constant number of containers. The strength of this relationship is remarkable considering how global trade has evolved over the last 30 years.

The high correlation means that there is a strong tendency for mean reversion—a fancy way of saying that when volumes underperform expectations one year, they are likely to overperform expectations the following year. For example, loaded inbound volumes grew just 2.9% in 2016, but bounced back growing 8.1% in 2017.

And as the economy grows so too do container volumes—and they do so in a predictable manner. But, while a rising tide may lift all boats, some will rise faster than others. The following ports—presented in geographic order—are likely to grow faster than the overall market.