Supply Chain May Be a Numbers Game, But It’s Still Played by People 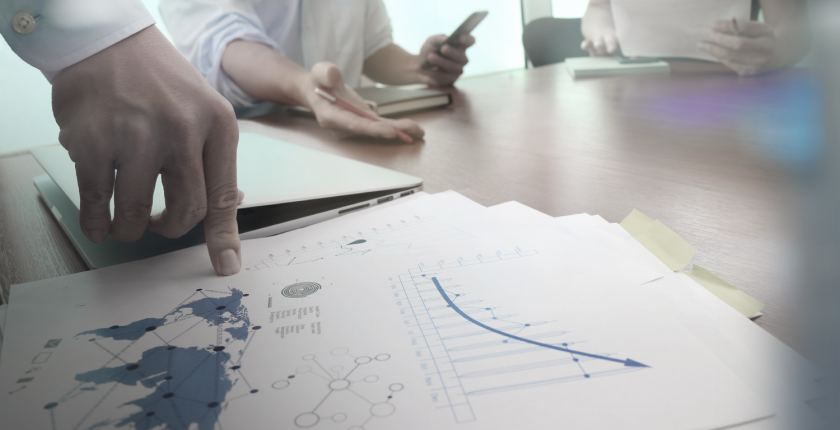 Supply-chain management today is very much a game of numbers. But the risk of getting lost in the math is real.

It’s all about analytics – the method by which managers crunch an increasingly vast universe of numbers to reach key decisions on procurement, production, inventory and sales. In the era of Big Data, it’s tempting to assume that you can’t have too much information.

The problem is making sense of it all — separating the signal from the noise. To the huge amounts of data flowing in from suppliers, customers and other supply-chain partners, add all the “unstructured” input from social media. Suddenly that wealth of information starts looking like a curse instead of a blessing.

A good start to navigating the chaos is to identify which decisions you’re trying to improve. Are you trying to make it faster, better, more accurate? The goal will often determine the right template with which to begin, says Zahir Balaporia, optimization solutions partner with FICO.

Analytics can be applied to any type of decision, says Balaporia, “but just because you can doesn’t mean you should.” Prioritize your to-do list, and focus on key initiatives. Along the way, you might realize that you’re going after the wrong problem, but even a false start can be valuable if it uncovers deeper flaws in network design.

The concept of “advanced” analytics can further muddy the waters. Supply-chain managers are still trying to understand what it means, let alone deploy it in a constructive way. Balaporia defines the term as supporting real change in supply-chain processes.

An analytics exercise that merely describes the setup — provides, say, a clear visualization of the network — can only go so far. Analytics only yield their full value when they’re prescriptive in nature, shining a light on the path ahead. The numbers should be used to drive real change, says Balaporia.

When it comes to raw information, he doesn’t subscribe to the notion that more is necessarily better. “There’s definitely a lot more data, and it’s easier to get access,” he says. “Whether that has made life better is debatable.”

“Noise” can consist of irrelevant data as well as information overload. Managers often give in to the natural inclination to monitor every step of the process. But it’s easy to create a system that inundates staff with unnecessary alerts — to max out what Balaporia calls “people’s cognitive bandwidth.” Moreover, a supply chain that triggers excessive alerts might be a symptom of deeper problems lurking in underlying processes.

It helps to think of analytics as a supply chain unto itself. Raw materials take the form of data. Manufacturing is the models that arise from it. Logistics is the deployment of those models.

It’s that final stage that often poses the biggest challenge. Balaporia likens the situation to physical product getting stuck in the warehouse. Companies find themselves unable to turn the numbers into action. “Currently,” he says, “there’s a bottleneck in the analytics supply chain.”

Key to removing that bottleneck is the creation of a system whereby alerts are triggered only in the case of exceptions or variations from the norm. Critical events on which to focus in FICO’s world — the calculation of financial transactions and credit scores — include breaches in security and fraud detection. Regardless of the supply-chain process in question, Balaporia says, managers need to declare in advance the anomalies about which they want to be notified.

Don’t think for a moment that the supremacy of numbers in modern-day supply chains removes people from the equation. Balaporia says “mental models” must change in accordance with the optimization models that arise from sophisticated analytics. The leading edge of the science, pioneered by initiatives such as IBM’s Watson, goes beyond prescriptive analytics to cognitive processes. It ventures into the realm of artificial intelligence, with the prospect of removing the human brain from the decision-making process entirely.

That’s far from happening at the moment. “In the context of business problems,” Balaporia says, “it’ll be a long time before it gets to that level.”

In the meantime, as we await the distant day when humans become irrelevant to supply-chain management, we’ll continue to confront the challenge of meshing hard data with the kind of intuitive thinking that characterizes the biological brain. And the growing reliance on analytics will require highly skilled individuals who can extract meaning from the numbers. Remember that Teen Talk Barbie doll from 30 years ago who said “math class is tough”? She would never make a supply-chain manager today.