The Catastrophe of a Blind Eye on Trade Violations 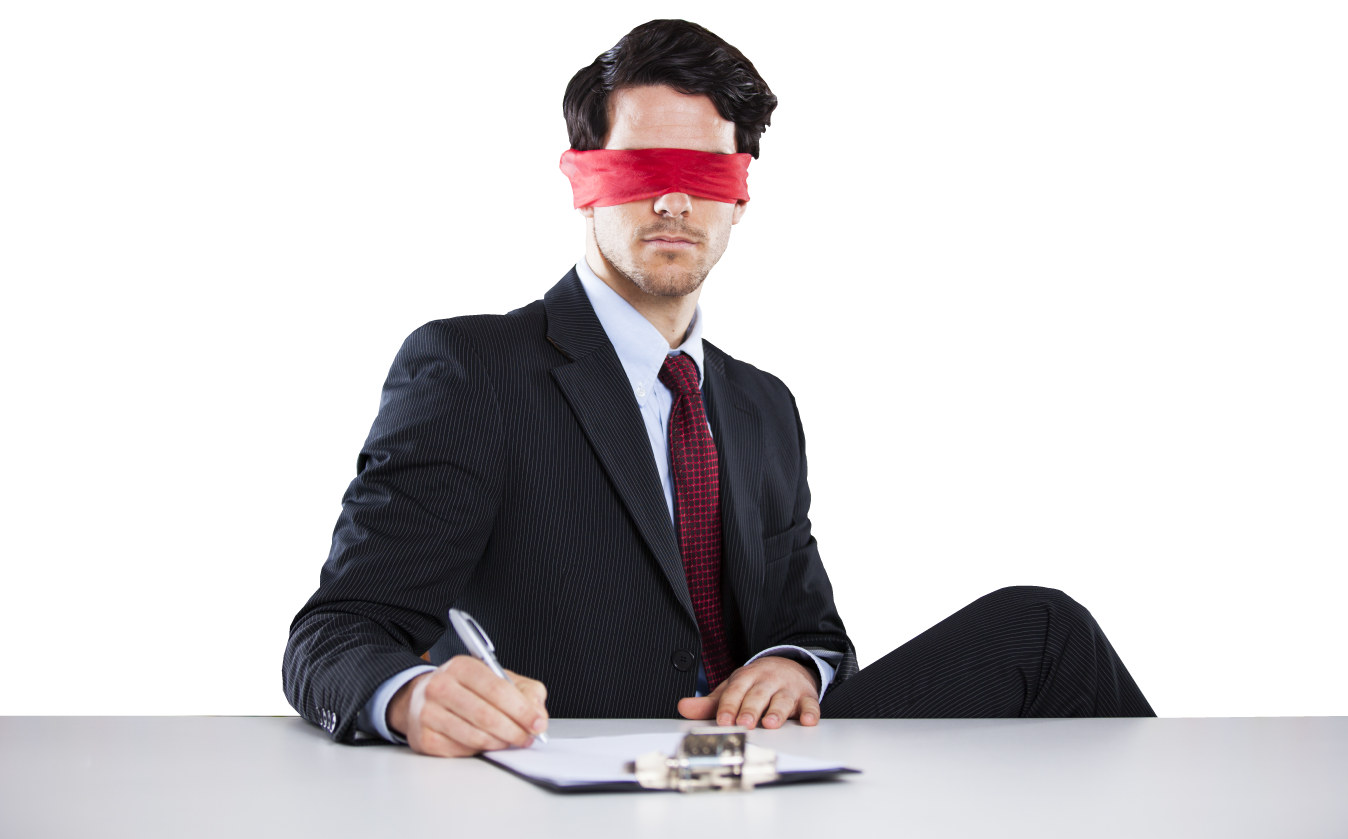 Imagine sitting at your desk, doing what you do in your normal trade compliance day. You would no doubt notice if a top supplier were doctoring import documentation. Now imagine if the president of that supplier made an appointment with you, and when he walked into your office, he handed you an envelope filled with large bills. Something would change that day, wouldn’t it? Or would it?

That was exactly what happened at Byer California, Inc., a design, marketing, and manufacturing company in the Girls, Juniors, and Misses fashion industry. In September 2012, the owner of Queen’s Apparel NY came to Byer’s compliance manager with a large amount of cash in an envelope which the manager rejected. Good choice, right? But this wasn’t the only warning sign that Byer had received; they had known for four years that Queen was committing fraud by undervaluing merchandise they were importing from Vietnam, but Byer turned a blind eye to Queen’s behavior and continued to furnish them with work orders until April 2013, a clear commission of trade violations.

After a tip-off from a Byer employee and the ensuing in-depth investigation by the U.S. Customs and Border Protection, in March 2019, the CBP announced they’d filed and settled a civil fraud lawsuit in the U.S. Attorney’s Office in the Southern District of New York under the False Claims Act. In the settlement, Byer admitted their responsibility and agreed to pay $325,000 in penalties to the U.S. Their case against Queen’s trade violations is still pending. 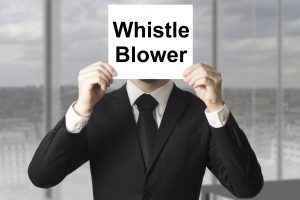 Cases such as this happen too often. In several other examples, American Dawn, Inc., a textile importer, agreed to a $2.3 million penalty in 2018 for misclassifying goods to lower its tariff rate. In 2017, garment wholesaler Notations, Inc. settled a civil suit under the False Claims Act for $1 million and an agreement to execute a compliance program for turning a blind eye to its business partner’s practice of grossly undervaluing goods to avoid paying proper duties to the U.S. In 2016, clothing importer Motives, Inc. was required to pay $13.375 million to the U.S. in damages and penalties under the False Claims Act. In other cases, executives went to jail or entire corporations were put out of business after their largest customers (e.g., Walmart) refused to buy from companies who had defrauded the U.S. government. Clearly, committing trade violations does not pay.

Out of the Mouth of . . . Prosecutors

“[Prosecutors] are going to look at what companies are doing in terms of due diligence on their business partners, and quality control on invoices coming in, or if they’re turning a blind eye because they’re benefiting from importing at low prices,” said Jaimie Nawaday, a former assistant U.S. Attorney in the Southern District of New York who assisted in prosecuting all of these cases.

Companies importing goods to the United States must be alert to the business practices of the entities with whom they do business and understand the monetary and criminal penalties that can be incurred if they ignore warning signs that their trading partners are violating trade regulations. This is true for imports of products under a U.S. anti–dumping order as well.  Since the Section 301 tariffs were imposed, an increasing number of Chinese manufacturers have found their way around the high U.S. anti-dumping duties by shipping their products to another country such as Vietnam, the Philippines, or Mexico, then fraudulently relabeling the products as made in that country in clear trade violations.

These cases have been difficult for U.S. customs officials to track in part because of a shortage of customs personnel and also the ability of those companies to disappear and re-emerge with new addresses when the old locations are shut down.

Such was the case in 2018 when a search took place in the Philippines for a pencil manufacturer. Dixon Ticonderoga blew the whistle on Royal Brush who they suspected were buying cheap pencils from the Chinese, but which Royal Brush said were being manufactured in the Philippines. It took 14 months to convince Customs, but they finally agreed with Dixon Ticonderoga and began their research. A factory was found in the Philippines, but all the equipment was old and covered with cobwebs. Royal Brush was ordered to pay all of their avoided tariffs. They claimed they didn’t know there had been a switch in manufacturing addresses by the Chinese to avoid the anti-dumping tariffs.

What are Administrative Penalties?

Particular violations of Customs laws may require the imposition of administrative or civil monetary penalties.  The list of such violations can be found at 19 USC 1592. The statute states that if there is a fraudulent violation, the penalty is frequently the full amount of the merchandise’s domestic value [19 USC 1592(c)(2)(A)(i)].  The “domestic value of the merchandise” would most likely be of much greater value than the import value or the value of the products in the country of export. Typically, Customs makes a determination of the retail value which is often extremely high.

Under 19 USC 1595a, any articles illegally introduced into the U.S. via any means may be forfeited. In addition, up to an additional 10 percent of the value of the goods may be assessed by Customs as “marking duties” if they are not correctly marked as made in the originating country. Customs may also assess a civil penalty in an amount equal to the domestic value of the merchandise if an importer falsely certifies that it has marked goods released from Customs custody. For those importers who destroy a country of origin marking on an imported good, or re–marks a product with a false country of origin, the importer may be subjected to criminal penalties, especially if a deliberate attempt has been made, for example, to offer ineligible foreign goods or to evade the payment of ad valorem, anti-dumping or countervailing assessments.

What are Criminal Penalties?

In addition to administrative penalties, criminal charges may also be brought against the individual(s) or company(ies) involved if a violation is reviewed and found notably severe. There are several criminal provisions in the Customs laws that can be imposed for reasons such as making false official statements, smuggling, or a wide range of other offenses. Typically, conviction can include prison time of up to five years and $1 million fines; however, the U.S. government is increasingly turning to criminal statutes more commonly used to prosecute and deter other offenses to enforce customs laws (e.g., smuggling, obstruction of justice, money laundering, etc.). These other statutes carry much longer sentences of up to twenty years. Thus far, the majority of prison sentences for individuals have not exceeded two to three years nor exceeded that amount for corporate probation. It should be noted, however, that the courts are now allowing personal liability for individuals not historically charged in these cases. A 2015 case heard by the U.S. Court of Appeals for the Federal Circuit held that individuals could be held personally liable even if they were not the “importer of record”.

Import/Export Violations as Problems in Other Countries

Endeavors to evade import duties may also lead to issues with other governments besides the U.S. The United States and most other industrialized nations are members of the World Customs Organization. These customs agencies communicate with one another and may exchange other information as well. If violations or fraudulent statements are involved in imports, there could also likely be violations in related exports which would be revealed in licenses or reports. Each country’s embassy frequently has Customs officials as part of the staff which would be in close contact with the home country and could exchange this information about violations.

“O, what a tangled web we weave when first we practice to deceive!”

Companies that intentionally attempt to deceive the U.S. government for purposes of avoiding payment of ad valorem duties, anti-dumping, or countervailing assessments are committing fraud and may face the following consequences:

As suggested, importers who have been subjected to convictions of fraud, gross negligence, or negligence may be denied trade privileges to the United States for years. That, combined with the potential for criminal prosecution, heavy monetary penalties, and the risk of losing customers vital to remaining viable, depict the potential real-life consequences for companies that knowingly attempt to circumvent customs law in the United States. CBP may also assess personal penalties against alleged offenders in addition to, or in lieu of, seizure and/or referral for criminal prosecution when trade violations are discovered. The message in these cases is clear: do not turn a blind eye when it comes to your company’s or your suppliers’ import practices.

Take advantage of all the resources available to you to help you increase your company’s profits.We have first-hand knowledge and trained, experienced professionals to help you get the best education and help you get started in the right direction.Visit Importing Procedures Course Description