Home » The USMCA: Something New or #JustAnotherNAFTA

The USMCA: Something New or #JustAnotherNAFTA 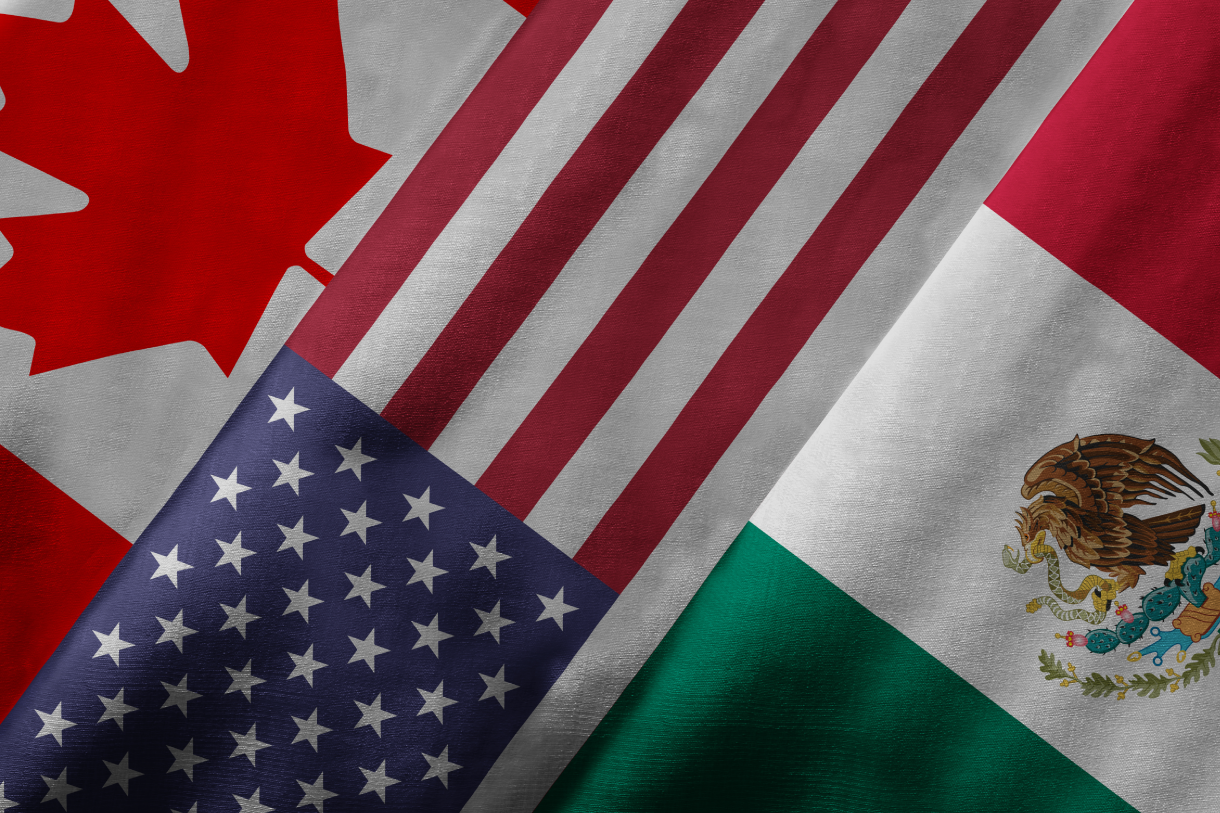 The North American Free Trade Agreement (NAFTA) finally got a major overhaul, something campaigned on by President Trump and negotiated in Congress for the past three years. There are a number of significant changes about which American businesses need to be aware. Below we’ll discuss 5 key differences between USMCA and NAFTA.

When NAFTA came into force on January 1, 1994, it was seen as a way to foster economic growth across the North American continent. Under NAFTA, the United States, Mexico, and Canada have been able to flourish, strengthening economic and cultural bonds and eliminating harmful tariffs. But all that changed when President Trump decided to withdraw from the agreement. The new proposed plan, the United States-Mexico-Canada Agreement (USMCA) was agreed upon in December between the Administration and the House of Representatives, and on December 19th, the USMCA passed the House with a bipartisan vote. The bill will now head to the Senate where it is expected to pass with another rare bipartisan vote.

Though similar to NAFTA, the following are some noticeable differences under the USMCA:

Labor Provisions: This is one of the most important provisions of the USMCA governing labor value content (LVC) rules where 40 to 45 percent of all automobile parts must be produced by laborers being paid at least $16 per hour by 2023. Mexico’s Senate also passed new labor laws to give greater protections to workers that include the right to vote on unions and their labor contracts through secret ballots, and protection for migrants and women. Some manufacturers may choose either to raise wages to these higher rates for low-paid workers or to bring manufacturing back to their home countries with higher labor costs.

Country of Origin Rules: Another important provision of the USMCA regulates the regional value content (RVC) of manufactured goods where 75 percent of all passenger and heavy-duty vehicles must be produced in North America to qualify for zero tariffs, an increase from 62.5 percent under NAFTA for auto and lightweight vehicles and 60 percent for other vehicles.

The Canadian Dairy Market: The Canadian government has been very protectionist regarding its dairy market which was approximately 1% under NAFTA, but under the USMCA, it has agreed to give access up to 3.6% of its market to U.S. dairy farmers (this also includes poultry and egg products). This is expected to increase exports by $70 million. Dairy products exceeding these quotas will be subject to tariffs ranging from 200% to 300%.

Intellectual & Digital Property: The Administration proposed expanded protection for biologic drugs to 10 years for all three countries; however, it did not win on this point. The status quo will remain: 12 years in the U.S., 8 years in Canada, and 0 years in Mexico. Copyrights have been extended for authors to 70 years from 50 years for publications and includes digital protections such as prohibiting duties on music and eBooks. Internet companies are also protected from liability for content that their users produce.

There is concern in North America about how the USMCA will affect supply chains. Businesses that have located operations overseas have concerns that the USMCA will require them to relocate back to North America. Looking at the Agreement, the greatest impact will be on the automobile and dairy industries. With automobile manufacturing requirements increasing from 62.5 percent for lightweight vehicles to 75 percent for all vehicles, it could mean less trade with foreign countries for automobile parts.

In order for companies to determine their readiness for USMCA, they should begin by performing an in-depth analysis of their bills of material. By detecting changes in value or origin of materials, components, systems, etc. on their products’ overall compliance with RVC and LVC rules, they can get a better idea of the most economical way to achieve USMCA provisions. But this is only a first step in what will, most likely, be an extensive task to bring manufacturing operations in conformity with USMCA provisions. Manufacturers need to continually evaluate the costs and benefits of restructuring supply chains to conform to the USMCA. This begins with a product-by-product analysis of their existing risk.

The USMCA has been a long time coming, so its sudden approval makes it too early, perhaps, to commit to strategic, operational, and financial commitments, but it is time to evaluate supply chain impacts and make appropriate recommendations.

With Mexican President Andrés Manuel López agreeing to mandated labor reforms and Canadian Prime Minister Justin Trudeau merely awaiting the final approval by the U.S., the USMCA has only to pass the Senate and come into force. The USMCA contains a 16-year sunset clause which will retire the agreement after that time period. It is also subject to a review every six years during which all three countries can decide whether to extend the USMCA.

Although there are still concerns about the details of the USMCA, overall, all three countries are satisfied that the compromises rendered in the partnership will benefit each over the long term much more than the NAFTA originally negotiated.

Take advantage of all the resources available to you to help you increase your company’s profits.We have first-hand knowledge and trained, experienced professionals to help you get the best education and help you get started in the right direction. See our NAFTA Rules of Origin and USMCA course to learn more.

Click here to learn about our NAFTA Rules of Origin course!