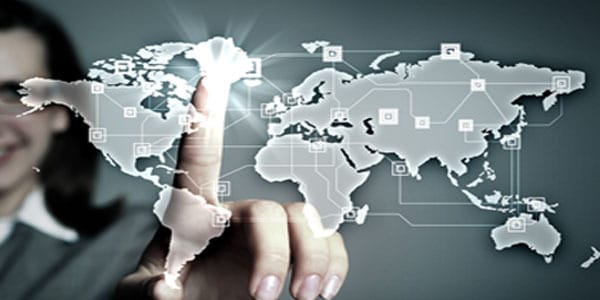 Here’s how 2016 is shaping up for trade compliance, from legislation to the technology that’s finally starting to make a difference.

Legislation Makes Things Easier – For Once: We understand you may be used to new legislation being nothing but bad news and extra work, but we’re finally seeing this start to turn around. The U.S. government has not only recognized that it needs to make international trade, but has begun taking steps to make this happen. The most recent notable change is the Trade Facilitation and Enforcement Act: There’s a lot here, but a primary benefit is the ability to purchase up to $800 worth of goods from anywhere in the world without paying duties, a boon aimed directly at small businesses who want to jump into globalization. The Act is also designed to cut through at least a fraction of the customs red tape and speed up deliveries, so everyone wins here.

Small Businesses Grow More Active: The TFE Act isn’t the only thing spurring small businesses to experiment more with trade. Both the SBA and Exports.gov have to be applauded for their latest efforts to provide small businesses with trade compliance advice, consultations, turnkey packages, and globalization loans. This, plus online tools that make payment management and translation easier than ever before, it leading to a new wave of small businesses that aren’t afraid to dip their feet in the water – and create a much more stratified international market.

Global Automation Becomes Feasible At Last: For more than a decade we’ve heard that automation is going to solve all our compliance and customs problems…but reality has struggled to catch up. Solutions haven’t big large enough, adaptable enough, or cognizant of what the supply chain really needs – and the reforming political aspects of trade hasn’t made anything easier. But both last year and this year we’re seeing signs that automation platforms have got their act together and finally found ways to provide useful automation services that do their job. As a result, companies are finally moving away from labor some manual checks and rickety proprietary software, toward slick third-party services.

More Dependence on Cloud Tech: With increased use of automation and online tools comes…you guessed it, increased problems with security. It’s a Catch-22 for companies who depend on software for compliance but also need to avoid increasing their risk. One of the answers, counter-intuitively, appears to be cloud software. Increasingly cloud security is offering the best chance for companies to spot flaws, note mistakes, catch cybercriminals, and generally keep their system clean. As these new cloud-powered analytics grow more common, they will be a useful solution for data-heavy companies.

Shipping Gets More Expensive: It’s a case of silver linings coming with notable gray clouds: Carriers are dumping a lot of funding into new tools, Internet communication, updated tracking, automation, and so on. They can’t eat all these costs, which means passing them down the line (Yellow Freight Systems even admitted that it was making things more expensive for suppliers through its investment practices). These shifting costs could prove significant market barriers for some companies not able to deal with it. The good news is that, if automation and online communication really do save time and money, costs should level out and start falling after this year.

BRIC Sees Corporate Overhaul: It’s not happening all at once, and its not happening everywhere, but the once-emerging markets are starting to get their acts together regarding transparency, corruption, customs, and flow of trade. Brazil alone is making notable improvements in an attempt to curtail a dropping economy and drag itself into the first world (and giving its lawyers an brand new industry to embrace as a result). India, Russia, and yes even China are starting to take similar strides to clean their mess up and make trading more reliable, particular for companies just entering global waters.