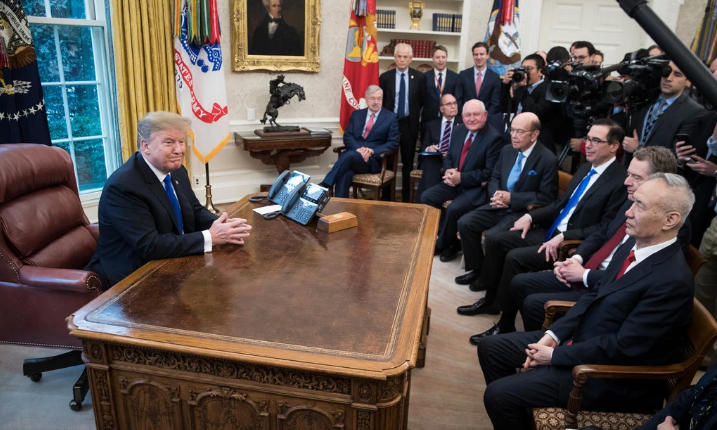 WASHINGTON — President Trump delayed his own deadline to increase tariffs on Chinese goods on Sunday as his administration continues a months long effort to persuade Beijing to make significant structural changes to its economy that have so far proved elusive.

Mr. Trump, in a tweet on Sunday, said he would delay a Friday deadline to increase tariffs on $200 billion in Chinese imports, citing “substantial progress” during a week of trade talks in Washington between American and Chinese officials.

The president, who has been eager to cut a deal with Beijing, said the negotiators had forged a compromise on key issues, including China’s requirement that American companies hand over valuable intellectual property and technology as a condition of doing business in China, as well as more purchases of American agriculture and energy products, like liquid natural gas.

But in a hint of how fluid the talks remain, the two sides did not sign an official agreement and the White House did not release details on any agreements. Mr. Trump said he hoped to sign a final deal in person in a meeting with President Xi Jinping of China, most likely in March at Mar-a-Lago, the president’s Palm Beach resort, but no new deadline was set.

“As a result of these very productive talks, I will be delaying the U.S. increase in tariffs now scheduled for March 1,” Mr. Trump wrote. “Assuming both sides make additional progress, we will be planning a Summit for President Xi and myself, at Mar-a-Lago, to conclude an agreement. A very good weekend for U.S. & China!”

Click here to read about our Tariff Classification Class!