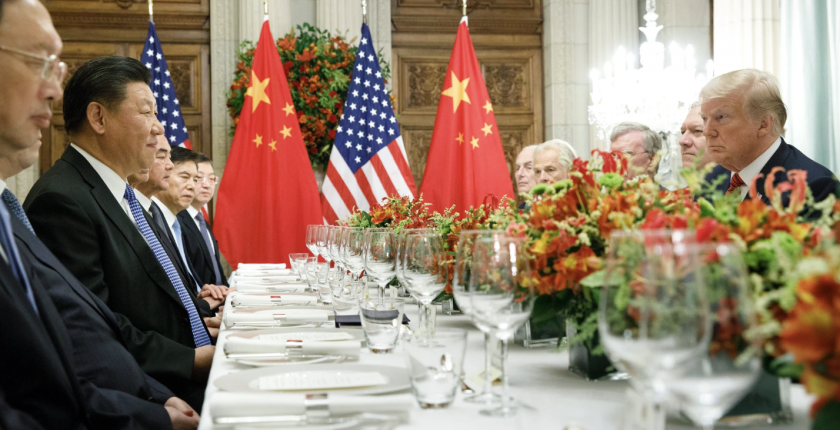 BUENOS AIRES — The United States and China called a truce in their trade war on Saturday after President Trump agreed to hold off on new tariffs. President Xi Jinping pledged to increase Chinese purchases of American products. The two also set the stage for more painstaking negotiations to resolve deeply rooted differences over trade.

The compromise, struck over a steak dinner at the Group of 20 meeting here and announced in a White House statement, was less a breakthrough than a breakdown averted. The two leaders remain far apart on basic issues of market access and trade policy, and there was no sign that either planned to back down on those.

Still, the handshake deal between Mr. Trump and Mr. Xi, after what the White House called a “highly successful meeting,” pauses what was becoming a headlong race toward economic conflict. It will reassure jittery financial markets. As well as, American farmers who worried about the fallout from a prolonged trade battle.

In a significant concession, Mr. Trump will postpone a plan to raise tariffs on $200 billion worth of Chinese goods to 25 percent, from 10 percent, on Jan. 1. The Chinese agreed to an unspecified increase in their purchases of American industrial, energy and agricultural products, which Beijing hit with retaliatory tariffs after Mr. Trump targeted everything from steel to consumer electronics.

The countries set an ambitious deadline of 90 days to reach a broader trade agreement. With the White House warning that if they did not come to terms by then, Mr. Trump would raise the existing tariff rate to 25 percent.

“The relationship is very special — the relationship that I have with President Xi,” Mr. Trump told reporters as he sat across a long table from the Chinese leader before dinner was served. “I think that is going to be a very primary reason why we’ll probably end up with getting something that will be good for China and good for the United States.”

Mr. Xi replied, “Only with cooperation between us can we serve the interest of world peace and prosperity.”

As the dinner ended, the Chinese and American officials applauded the two leaders.