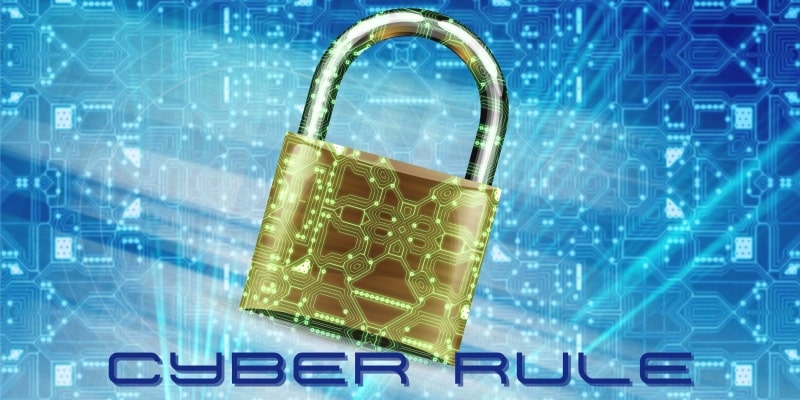 In 2013, the Wassenaar Arrangement, a multilateral export control organization, added cybersecurity-related technologies and items to its control list. Normally, the Commerce Department’s Bureau of Industry and Security (BIS) implements controls agreed to at Wassenaar in the Export Administration Regulations (EAR) during the following year. In this case, however, BIS was concerned about the possible unintended impacts the new controls might have on legitimate cyber-defense-related work. Thus, in 2015, BIS broke with tradition, published a proposed rule on cybersecurity, and asked for industry comments on the potential impact of the rule.

In more than 300 public comments, companies, associations, academic institutions, and other stakeholders argued that the new rule was too broad and would inadvertently undermine legitimate cybersecurity measures and activities. As a result, BIS returned to Wassenaar to renegotiate the controls in 2016 and 2017. The new Cyber Rule reflects BIS’s implementation of the results of Wassenaar’s 2017 decisions related to cybersecurity items and establishes new export controls on specific cybersecurity hardware, software, and technology. To address concerns related to the potential impact on legitimate cybersecurity work, BIS has also created License Exception ACE (Authorized Cybersecurity Exports), a complex set of rules intended to authorize the export, reexport and transfer of most cybersecurity products to most end users.

Below is a summary of the items caught under these new and revised ECCNs. For the specific text of these ECCNs, see the reference chart here.

The first group of Cybersecurity ECCNs relates to “intrusion software,” which is a term the EAR define as software “specially designed or modified to avoid detection by ‘monitoring tools’ [e.g., antivirus, intrusion detection/protection systems, and firewalls], or to defeat ‘protective countermeasures’ of a computer or network-capable device” while performing data extraction or modification.

These new or expanded ECCNs are controlled for National Security (NS) reasons under NS Column 1 and require a license to export to all destinations except Canada unless a license exception is available.

Importantly, the new controls do not capture intrusion software itself, even if that intrusion software is also designed to generate, command and control, or deliver other intrusion software (as described in BIS FAQ #9). In addition, based on a note to ECCN 4E001, any technology for the development of intrusion software is exported for the purposes of a “vulnerability disclosure” or “cyber incident response” (terms that are discussed in more detail below) is not controlled under 4E001.a or 4E001.c. Such items are EAR99 (see FAQ #10).

The Cyber Rule also amends CCL Category 5 to control certain IP network communications surveillance systems and equipment specified in the new Cybersecurity ECCN 5A001.j. ECCN 5A001.j captures equipment that is specially designed to analyze, extract and index data on a carrier-class IP network and to execute searches on the basis of hard selectors and map the relational network of an individual or of a group of people. BIS recently updated its FAQs to provide more detail on the type of equipment controlled under 5A001.j. In sum, ECCN 5A001.j applies to highly specialized, government-level surveillance systems and will likely only be relevant to governments and companies that may buy or sell such equipment (see BIS FAQ #5).

The Cyber Rule also controls software with the same functionality as the hardware captured in 5A001.j (5D001.c); related test, inspection, and production equipment and components (5B001.a); and software and technology for the development of such hardware and software (5D001.a; 5E001.a).

These ECCNs are also controlled for National Security reasons, but under NS Column 2, and will require an export license to all destinations except most Wassenaar members.

Both the Cybersecurity ECCNs themselves and License Exception ACE allow certain exports of cybersecurity items without a license if those exports are for “vulnerability disclosure” or “cyber incident response.” Both of these terms are now defined in the EAR.

Third-party standards provide a useful parallel for understanding this new defined term. For example, under ISO/IEC standard 29147:2018, a “vulnerability disclosure” is a process that helps users perform technical vulnerability management. In this process, a vendor (i.e., an individual or organization that creates or provides software products) establishes procedures to (i) receive reports about vulnerabilities and acknowledge receipt; (ii) develop remediations (e.g., patches); and (iii) publish advisories including notice of a vulnerability to users and, if developed, a remediation. Similarly, we understand BIS’s definition of the vulnerability disclosure “process” to be broad enough to include all aspects of vulnerability disclosure, including, e.g., searching for, identifying, collaborating on, testing, analyzing, reporting, managing, and remediating vulnerabilities.

Cyber Incident Response is also newly defined, and means the “process of exchanging necessary information on a cybersecurity incident with individuals or organizations responsible for conducting or coordinating remediation to address the cybersecurity incident.” As with vulnerability disclosures, exports for cybersecurity incident response purposes are excluded from the scope of ECCN 4E001, and License Exception ACE authorizes additional exports.

The definitions of both “cyber incident response” and “vulnerability disclosure” require that the response or disclosure be made to an individual or organization “responsible for conducting or coordinating remediation.” Per BIS FAQ #19, these individuals or organizations include but are not limited to:

Cybersecurity items are subject to control for National Security (NS) reasons and, in some cases, Surreptitious Listening (SL) reasons. Items controlled for SL reasons require a license to export to all destinations, including Canada. However, in parallel with these new restrictions, the Cyber Rule creates License Exception ACE. ACE broadly authorizes the export, reexport and transfer of most cybersecurity items, subject to several specific restrictions. The intended purpose of License Exception ACE is to minimize the impact of the new controls on legitimate cybersecurity activities, such as incident response and cybersecurity research.

The provisions of License Exception ACE are different for Category 4 and Category 5, Part 1 items. For Category 4 items, the structure of controls and license exceptions for encryption items and cybersecurity items is somewhat similar. A comparison is attached here.

If License Exception ACE does not apply to a particular transaction, other license exceptions may apply, such as License Exception GOV for exports to U.S. government agencies and personnel. BIS has decided, however, to make License Exception STA (Strategic Trade Authorization), and in some cases GBS (Group B Shipment), inapplicable to cybersecurity items.

For these cybersecurity items, License Exception ACE does not authorize exports or deemed exports to:

This new rule is the culmination of years of analysis and negotiation and introduces new, narrowly tailored restrictions. BIS designed the new controls to minimize disruptions to legitimate cybersecurity activities in response to prior concerns voiced by the public and private sector during the 2015 request for comments. Companies affected by these new rules should carefully study whether their cybersecurity operations involve newly restricted items and the applicability of License Exception ACE to their activities. They are among the most complicated provisions in the EAR. This is the natural result of the effort to both control software and technology used in malicious cyber activities but not to control—for most end users—software and technology necessary to identify and defend against such activities. The software and technology for each activity, malign and beneficial, is often the same.