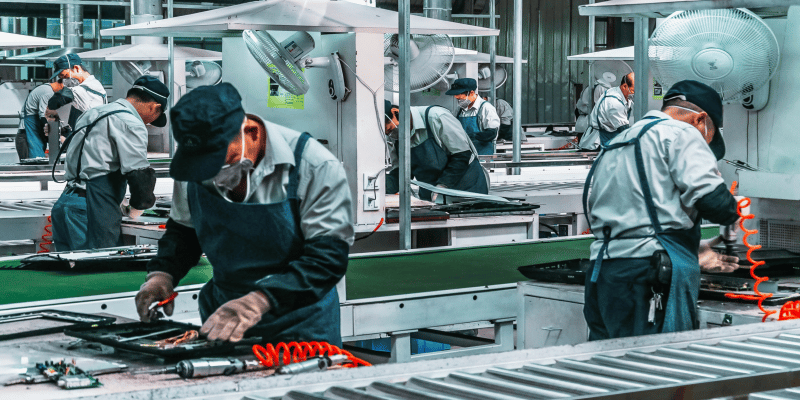 New legislation that is intended to exclude products made in whole or in part with forced labor by persecuted minorities in China from entry into the United States will go into effect on June 21, 2022.

The new legislation creates a rebuttable presumption that goods made in the Xinjiang region as well as those made by the companies to be listed by Customs and Border Protection will be excluded from entry into the U.S.

In the following transcript, George Thompson explains the burden the legislation will have on importers and how they should prepare for its impact.

Hello again, this is George Thompson and today’s video covers the recently enacted, Uyghur Forced Labor Prevention Act. We discuss compliance with section 307 of the tariff acts prohibitions on importing products made with forced labor in our last video, and importers’ compliance program must now take both provisions into account.

The new law was enacted on December 23, 2021, and will go into effect on June 21, 2022. Its stated purpose is to exclude from entry into the United States products made wholly or in part with forced labor by persecuted minorities in China. It focuses particularly on the Xinjiang Uyghur Autonomous Region. under the statute, Customs and Border Protection, we’ll develop a strategy to identify goods made with forced labor, as well as the companies which produce and export them. CBP will prepare lists of such companies for dissemination to the public.

The statute creates a rebuttable presumption that goods made in the Xinjiang region, as well as goods made by the listed companies, were produced with forced labor and should be prohibited from entry to rebut the presumption, the importer must demonstrate that it both followed CBP compliance guidance and cooperated with the agency’s request for information. It also must demonstrate by clear and convincing evidence that the goods were not made in whole or in part with forced labor. Before the enforcement requirements go into effect, the statute requires CBP to consult with the public to develop a plan for identifying prohibited goods. CBP must also establish compliance guidance and explain the types of evidence required to rebut the presumption of forced labor. The agency has published a notice soliciting public comments and plans to hold the hearing before it issues its findings.

Now, I’ve spent a lot of time going through this statute, and I have to say it poses a difficult set of compliance challenges. As with the existing provisions of Section 307. It applies to goods made in whole or in part with forced labor. Thus, an importer and its suppliers must have knowledge of the entire supply chain, and that information may not be readily available. The presumption that goods are prohibited also raises concern since it places the burden of proof on the importer. I can’t comment in detail now on how to meet that burden until CBP issues its compliance guidance, but I do expect the requirements to be highly fact-driven. This means that importers need to have access to the relevant facts, such as where materials used in making their imported products were manufactured or mined. My suggestion is that importers begin preparing now for the new law’s impact by setting up each supply chain review process. The goal would be to identify any potentially prohibited products including those made in Xinjiang, or with content from that region. documenting these points wasn’t relevant in the past, but it certainly will be in the future. Of course, I’ll let you know as and when CBP issues its guidance.