The Bureau of Industry and Security (BIS) imposed expansive export controls against Russia & Belarus covering both U.S. origin products and numerous items made abroad. Sanctions were effective immediately, therefore no grace period was granted. This one-hour course will outline the new export controls and what exporters, re-exporters, and in-country transferors need to know.

Sanctions were imposed by the BIS and Office of Foreign Assets Control (OFAC) on Russia.
Five areas of focus are:

Other points covered include:

George W. Thompson specializes in export and import regulation and international business counseling. He is an adjunct professor in the International Commerce and Policy master’s program of the Schar School of Policy and Government. He has written several important works on international trade including “Transnational Contracts” published by Thomson Reuters, “Intellectual Property Rights and the United States International Trade Laws” (co-Author) published by Oceana Publications, and “Exporting: Regulations, Documentation, Procedures” published by the Global Training Center. 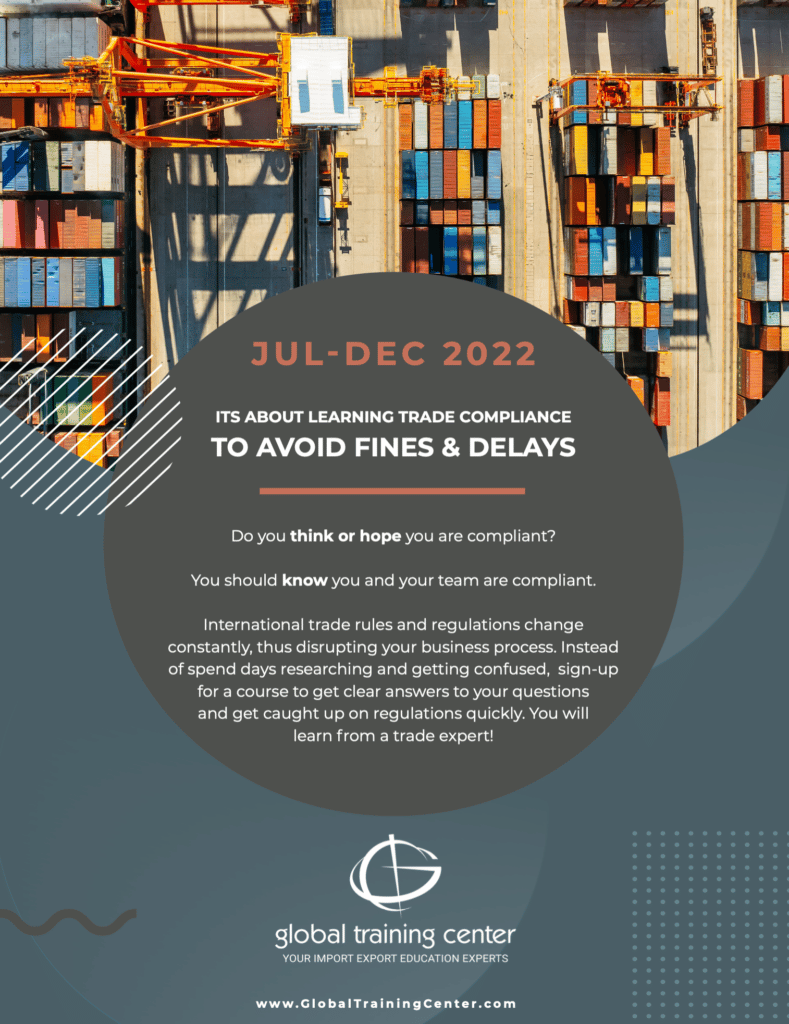 See what else we have for you!

Our Customers That Care About Compliance