Global Training Center > Blog > Whose Problem Is It? Scenario of Incoterms® CIF term

Whose Problem Is It? Scenario of Incoterms® CIF term 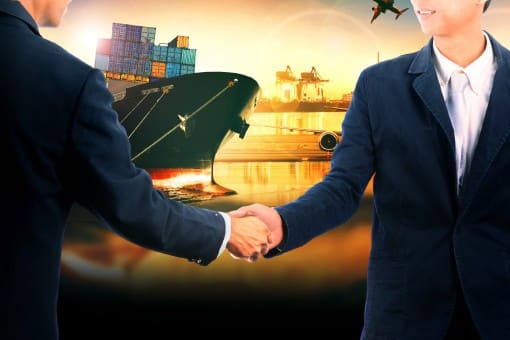 We looked at a case where risk of loss vs. passage of title are questioned to make a case for either party.  That is, does ownership infer risk of loss, or are the two terms mutually exclusive of one another?

In this case (http://www.cisg.law.pace.edu/cases/020326u1.html), we have a seller in Germany who is sold an imaging machine to a buyer in the United States.  The terms of the agreement were written up in a one page contract in which various headings were defined, including the following:

“Product”: the contract provides, the “system will be delivered cold and fully functional.”

“Delivery Terms”: provides, “CIF New York Seaport, the buyer will arrange and pay for customs clearance as well as transport to Calmut City.”

“Payment Terms”: states three payments, one initial down payment, a second payment prior to shipping, and a final payment upon acceptance by buyer within 3 business days after arrival in buyer’s city

“Disclaimer”: states, “system including all accessories and options remain the property of [seller] till complete payment has been received.”

Once the seller and the buyer entered into the agreement with the terms as defined above, both parties proceeded to procure services from various entities to transport, insure, and provide customs entry services for the equipment.  The equipment was loaded onto the ocean vessel at the port of shipment in full working order.  This fact was not contested and both parties agreed on that.  However, when it reached its destination of buyer’s city, it had been damaged and was in need of extensive repair, which led buyer to conclude that the equipment had been damaged in transit.

The U.S. company’s insurance company (who paid the cost of damages), referred to here as the buyer, brought the action against the German company (seller).  The seller, however, has moved to dismiss the case as they feel they fulfilled their obligation under the terms of the contract, that is, the seller had no further obligations regarding the risk of loss once it delivered the equipment to the vessel at the port of shipment due to the Incoterms® “CIF” clause in the contract.

The buyer contends that the “CIF” terms were superseded by other contract terms such that the risk of loss remained with the seller.  The buyer argues that although CIF was agreed upon, the seller added a disclaimer that they will retain ownership until they received payment in full, which in their view modified the terms by retaining title and thus assuming risk of lost.

Another consideration for this case is the Convention on Contracts for the International Sale of Goods (CISG) laws.  Like the Incoterms®, it does not address when title transfers from seller to buyer.  In other words, that has to be specifically spelled out in the documentation.  Pursuant to the CISG, “…the risk passes without taking into account who owns the good… the passage of risk and transfer of the title need not occur at the same time.  The seller’s retention of documents controlling the disposition of the goods does not affect the passage of risk.”

This case is a great example on the distinction between the terminology of ownership vs. risk.  Although they can both occur at the same time, it does not necessarily mean that it is implied or that they are both one of the same.

The court concluded that pursuant to the applicable (a) German law, (b) the U.N. Convention on Contracts for the International Sale of Goods, and (c) the “CIF” Incoterms® in the contract operated to pass the risk of loss to buyer at the port of shipment, at which time, the parties agree, the equipment was undamaged and in good working order. Given these facts, the seller’s motion to dismiss for failure to state a claim was granted by the court.

This Incoterms® Case Study and other valuable information can be found in Global Training Center’s book, Incoterms 2010 and the UCC: A Guide to International & Domestic Terms of Sale.  The book can be purchased by going to our library: https://marketplace.mimeo.com/GTC_Books#name=13

Catherine J. Petersen is the author of this book and also an instructor with Global Training Center.  You can find more information on Cathy here: https://www.globaltrainingcenter.com/instructors/catherine-j-petersen