Will beef ever be COOL again? 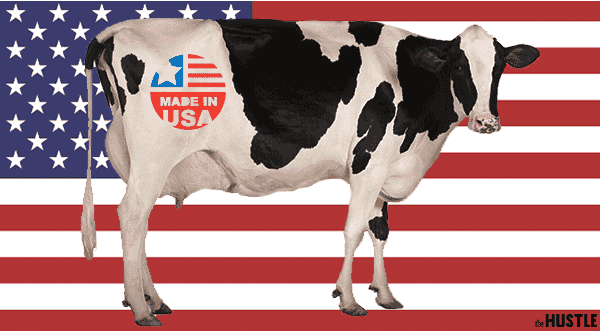 Why does the ‘Product of the USA’ label mean so much to cattle ranchers?

Labeling laws have caused small ranchers to lock horns with major meatpackers for years, and now R-CALF hopes to take advantage of the current era of “America First” tariffs to get what they want.

Beef labeling used to be COOL

The beef battle began in 2008 when Congress required “Country of Origin Labeling” (COOL) for all beef products.

This was a problem for many mega-size meatpackers, who had to pay big bucks to separate their multinational meat. So, they lobbied for a labeling loophole — and, in 2016, succeeded in repealing COOL laws.

The decline of ’Merican meat

The 4 largest global beef packers — who benefit from COOL because it enables them to sell cheap beef as marked-up meat — control 85% of the market, up from 25% in 1977.

But on the flipside of that burger, things are harder than ever for small ranchers: 17k US cattle ranchers have gone out of business every year since 1980, and in the past 5 years US beef-makers’ grass-fed market share has fallen from 60% to 15%.

Mini Meat has got beef with Big Burger

Although the White House has passed a number of “America First” tariffs, R-CALF faces an uphill battle — and it’s unlikely that COOL will come back any time soon.

The National Cattlemen’s Beef Association (NCBA) — which has a political action committee, unlike R-CALF — spent millions to open up the labeling loophole and will spend millions more to prevent it from closing.

Click here to learn about our Country of Origin Course!