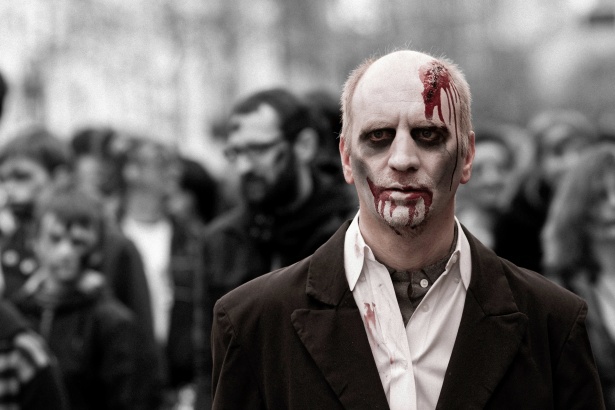 There have been a few cases of note that I have not yet reviewed. Call it Olympic Distraction Syndrome or Summer is Rapidly Ending Depression. Either way, I’ve read the cases so you don’t have to.

First up, Zojirushi America Corp. v. United States, from the U.S. Court of International Trade. This case will go down in legal history as the genesis of Zombie Protests. You heard it here first.

Zojirushi is an importer of vacuum bottles and jars, home appliances, and housewares. It made several entries that Customs and Border Protection liquidated as entered. Zojirushi then protested the liquidation and asserted a claim for duty-free treatment under the Generalized System of Preferences. Customs, following its internal policy, “rejected” the protest as asserting a non-protestable claim.

This case is important and complicated enough to merit bold-face headings.

The alternative is to bring the case pursuant to 1581(i), which is the so-called residual jurisdiction of the CIT. It is applicable to cases involving the collection, administration, and enforcement of customs duties that are not properly the subject of a denied protest.  Because Customs rejected the protest rather than denying it, Zojurushi filed its case under (i). The problem for Zojirushi is that (a) and (i) are mutually exclusive and if it could have filed a case under 1581(a), then it cannot proceed under 1581(i).

The Court framed the issue as whether the GSP claim was properly protestable. If so, then jurisdiction is proper under 1581(a). If not, then (i) may be the proper avenue for the plaintiff. This is an important question because it goes to the heart of whether an importer can protest a no-change liquidation. After all, CBP liquidated the entry without GSP benefits because that is what the importer requested. If CBP did what the importer asked, why allow the importer to challenge Customs’ decision? Is it fair to say that CBP made no decisions that can be protested?

Let’s look at the law. Protestable decisions are defined in 19 USC 1514, which permits a challenge to “any clerical error, mistake of fact, or other inadvertence . . . adverse to the importer, in any entry, liquidation, or reliquidation, and, decisions of [Customs and Border Protection] . . . as to . . . the liquidation . . . of an entry . . . pursuant to . . . section 1500 of this title.” According to the CIT, the protest in this case involved an inadvertence that is adverse to the importer. That would be the failure to assert the GSP claim. Furthermore, the inadvertence related to the entry and was reflected in the liquidation. On its face, the statute seems to make this a protestable decision.

The Department of Justice was not without arguments. Relying on Customs’ regulation 19 CFR 10.172, Justice argued that a claim for GSP is only protestable if made at the time of entry. The Court disagreed. The regulation states, in part, that “If duty-free treatment is claimed at the time of entry” the claim is to be noted noted by appending the letter A to the HTSUS number. The “if” clearly implies that there are circumstances where the claim is not made at the time of entry. The regulation makes this explicit when it later says, “If duty-free treatment is claimed subsequent to the time of entry . . . “, other documentary requirements apply. This language was added in 1977 precisely to permit post-entry claims. Similar language is in a 1994 Treasury Decision.

Is there a Decision?

Getting to what I see as the meat of the debate, Justice argued that because there was no claim at the time of entry, Customs made no decision regarding GSP when it liquidated the entry. Without a decision to challenge, there can be no valid protest. To support this proposition, Customs relied on a ruling, HQ H193959 (Jul. 30, 2012). The ruling, while not a formal regulation, is entitled to judicial deference proportional to its “power to persuade.”

Form this, the CIT concluded that the post-entry GSP claim can be first asserted in a protest. In other words, there is a protestable decision.

But, is there a Denied Protest?

Customs did not affirmatively deny the protest; it rejected the protest as invalid. Since 1581(a) requires a denied protest as the basis for jurisdiction, there is an issue of whether CBP’s action constitutes a denial.

It is easy enough to conclude that what CBP did was not an allowance of the protest. Was it a denial?

This is where things turn ugly for the importer.

Let’s assume it was a denial. In that case, the summons to the Court of International Trade would be due 180 days from the date of denial. In this case, the summons was filed beyond that date, but within the 2-year period allowed under 1581(i). If 1581(a) is the proper basis for jurisdiction the case is time barred.

But, CBP did not deny the protest. If it had, Customs would have followed the required procedures including providing a reason for the denial and notifying Zojirushi of its right to seek judicial review. Everything CBP did appears to have been calculated to communicate that no denial had occurred because the protests was simply rejected as not properly filed. Consequently, the rejection cannot be interpreted as a denial.

Where does that leave Zojirushi? Not without recourse. It turns out that a rejected protest is not exactly dead. But it is not quite alive either. It has not been denied but is not exactly pending either. I am certain that as far as CBP is concerned, the issue is decided and over. What we have here is The Walking Dead of Protests. But, unlike the walkers on TV, this one can be cured.

The law provides that whenever “a protest has not been allowed or denied in whole or in part,” the protestant can force a decision by seeking accelerated disposition under 19 USC 1515(b). Under the much maligned decision in Hitachi, the protestant can do this any time, even after the 2-year period in which CBP was supposed to act.  Here, Customs has neither allowed nor denied the protest, that makes it open to accelerated disposition. If the protestant takes that route, it will likely have a denied protest after 30 days, and a ticket back to Court.

Because Zojirushi can get adequate relief under 1581(a), it cannot proceed under 1581(i). That means the case is dismissed but very much alive if Zojirushi demands accelerated disposition.

I am not a fan of the result in Hitachi, though I think it is legally correct. As a matter of policy, I think CBP should required to act on a protest within the 2-year period. If it can’t do that, I think the importer deserves finality and the protest should be deemed granted. At a minimum, it should be deemed denied and open to judicial review. But, I am not Congress and that is not the law. The nice thing about this decision, is that it makes lemonade out of what I think of legislative lemons by finding a means for the protestant to get to Court when CBP. That is a good result.

> You can read this and other similar blogs at customslaw.blogspot.com