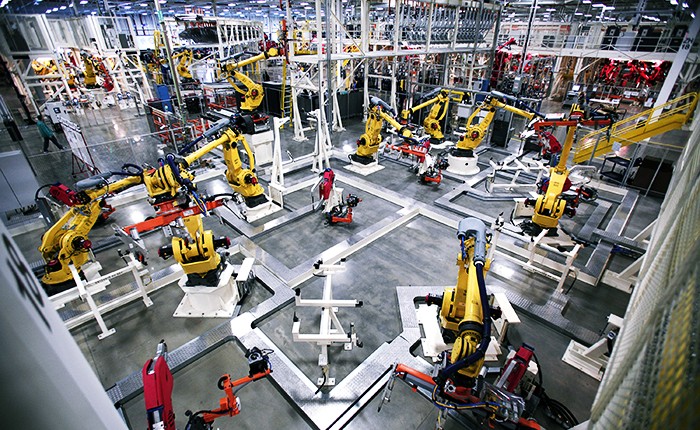 If you can’t move production to avoid tariffs like the companies in the story below, make sure to get the training you need to make sure you are properly classifying products and applying the correct tariff rates.  Don’t take a risk, get training here.

HOUSTON — GE was blindsided when President Donald Trump’s tariffs on Chinese imports started to hit items in its supply chain. In fact, executives at the company didn’t believe it was happening at first.

“Initially, [there was] a lot of shock,” Rich Wrightington, executive director of sourcing at GE Appliances, said at the Institute for Supply Management (ISM) conference in Houston Monday. “And certainly a lot of denial: ‘This isn’t real. He’s never going to do it. It’s too big.'” They specifically doubted Trump would decide to put steel tariffs on Canada and Mexico, two of the United States’ closest trading partners.

Before these went into place, GE’s CEO estimated they could cost the company between $300 million and $400 million, according to Reuters. In May 2018, the company testified before the Office of the United States Trade Representative, lobbying for several exclusions to the tariffs.

GE didn’t begin feeling the impacts of the tariffs until the third or fourth quarter of last year when the effects started to show up in the books — and in a big way. Wrightington said some people in the company didn’t think the tariffs would actually stay in place. Eventually, though, they moved through all of the stages of grief. By the time they reached acceptance, GE had already missed its operations cost target by millions.

“By the end of the third quarter and I’m missing my ops plan by $30 million and people actually start listening,” Wrightington said.

Tariffs are still hitting GE’s bottom line, according to executives on GE’s March earnings call. But, over time the company has found ways to lower the costs associated with tariffs. To reach this point, the company has taken a number of different routes. Here is a look at eight that were highlighted by Wrightington.

Click here to read about our Tariff Classification Course >>

If you can't move production to avoid tariffs like the companies in the story below. Make sure to you are properly classifying products and applying the correct tariff rates.  Don't take a risk, get training here. In response to the U.S. – China trade deal meeting delay,  American business leaders continue expressing concerns, stating that [...]

What’s an Importer to Do About the Section 301 Tariffs?

If you can't move production to avoid tariffs like the companies in the story below, make sure to get the training you need to make sure you are properly classifying products and applying the correct tariff rates.  Don't take a risk, get training here. “Knowledge is power.” – Sir Francis Bacon We couldn’t agree more! Freight [...]

A top priority for U.S. negotiators is to put in place an automatic tariff mechanism that would raise duties on Chinese goods if its exports to the U.S. keep rising, The New York Times reported. China has a history of not complying with its trade obligations. Treasury Secretary Steven Mnuchin and U.S. Trade Representative Robert [...]
Classification Commerce Exporter Tariff Trade