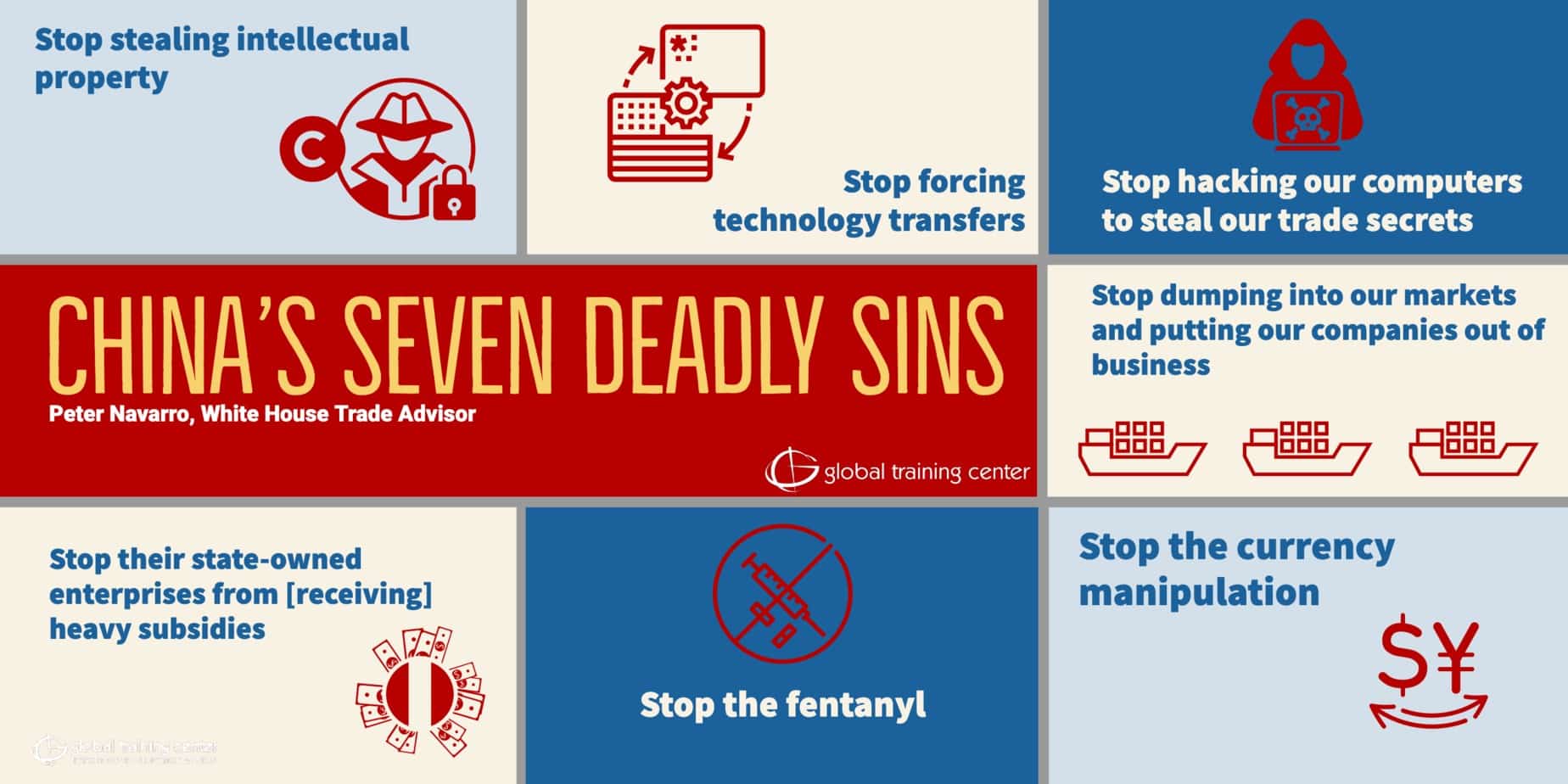 Peter Navarro, White House trade advisor had a 10 minute interview with Chris Wallace on August 4, 2019.  Navarro listed what he called “seven deadly sins” that China must stop doing before the trade war with the United States can come to an end. He stated the sins are harmful to the U.S. economy.

One of the reasons the President has taken action is because China has not kept its promise of keeping fentanyl out of our communities. This week alone over 1,000 people will die from made in China fentanyl.