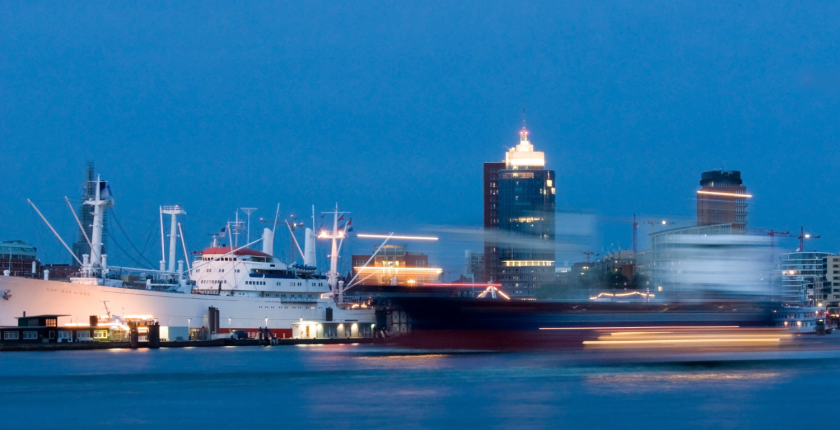 Logistics managers have long valued Foreign Trade Zones (FTZ) because they’re secure areas under U.S. Customs and Border Protection (CBP) supervi­sion generally considered outside CBP territory upon activation. Located in or near CBP ports of entry, they’re the United States’ version of what are known inter­nationally as free-trade zones.

Currently, there are 276 authorized FTZ across the United States. These zones allow importers and exporters to reduce, eliminate or defer duty payments on manufactured or stored goods prior to releasing them into domestic commerce or exporting them out of the U.S.

Analysts and shippers tell us that, today, the number of beneficiaries is diverse, ranging from the niche ports, inland waterways and key border crossings. Freight forwarders, brokers and 3PLs usually offer a limited segment of services related to an FTZ as far as moving the cargo, preparing or providing necessary docu­mentation and reporting to Customs.

At the same time, economic development agencies generally use an FTZ to attract business and will sponsor and support com­panies with an FTZ—but they don’t normally provide services related to running a com­pany’s zone project. However, owing to the growing complexity of today’s trade environ­ment, our analysts contend that now may be the best time for shippers to opt for the con­sulting services that manage the operational and procedural activities related to a more streamlined compliance program.

The Trump Administration’s emphasis on restoring U.S. export power threatens to undermine several important trade agreements, say analysts, who add that this may undermine the current ease and utility of FTZs. This paradox is not lost on industry leaders.

Erik Autor, president of the National Association of Free Trade Zones (NAFTZ), testified on objectives in the renegotiation of the North American Free Trade Agreement (NAFTA) last June at a hearing before officials of the Office of the U.S. Trade Representative (USTR) and other government agency representatives on the Trade Policy Staff Committee (TPSC).

“The Association has supported NAFTA because the agreement pro­vides American companies and workers with new opportunities for growth and prosperity, reflects commerce and the economy of the 21st Century, and posi­tions the FTZ program to be even more effective in promoting American jobs and competitiveness,” says Autor.

In his testimony, Autor informed the panel that current provisions in the NAFTA agreement itself as well as the 1993 U.S. NAFTA implementing legis­lation have placed U.S.-based FTZ man­ufacturers at a competitive disadvantage to manufacturing exporting goods from Mexico and Canada.

In a subsequent interview with Logistics Management, Autor notes that the NAFTZ is urging clear direction from Congress that inverted tariffs cre­ated by NAFTA should be addressed through the FTZ program for qualifying goods manufactured in the U.S. And while some FTZs in the U.S. Southeast and Gulf Coast had pinned hopes on restored trade relations with Cuba, the consequences of ongoing tensions have not been profound.

“Looking at the major industries operating in U.S. Foreign Trade Zones, and considering the embargo restrictions still in place and the small size of the Cuban market, it’s unlikely that there’s much, if any, import or export trade with Cuba through FTZs,” Autor says. “While opening Cuba trade could create some opportunities in the future for compa­nies with FTZ operations, the current Administration’s roll-back of President Obama’s Cuba trade policy will have little or no impact on FTZs.”

According to the U.S. Foreign Trade Zones Board, there are a variety of wayslogistics managers can save money by using FTZs:

Meanwhile, Autor and several other prominent industry experts and logis­tics practitioners are tracking changes to FTZs proposed by The Government Accountability Office (GAO). In a recent announcement, the GAO has recom­mended that CBP take “a more holistic approach” to its compliance oversight of the cumbersome FTZ industry rather than on its current piecemeal basis.

CBP, which is in charge of FTZ compliance and ensures the collection of duties, taxes and fees from these facilities, conducts periodic reviews. This includes evaluation of transac­tions, records, procedures and facility conditions. CBP also reviews FTZ operator bonds to ensure they’re suf­ficient to cover duties and fees owed based on the value of the merchandise held in the facilities.

While CBP has found that FTZs are generally low-risk for non-compliance, the GAO maintains that the agency has not conducted a “program-wide risk analysis” of the FTZ industry.

“Most of the compliance reviews that are analyzed did not identify com­pliance problems, but many did not contain sufficient information to verify CBP’s assertion that the program is low risk,” says GAO analyst Jeremy Lat­imer. “CBP officials say that they’ve not conducted a program-wide risk analysis of the FTZ program because it would be too time-consuming and costly based on how compliance review and enforcement information is currently collected and stored,” he adds.

GAO, however, disagreed with CBP’s low-risk for non-compliance standpoint regarding FTZs, primarily because CBP has not carried out a program-wide risk assessment. “Without a program-wide assessment of the frequency and sig­nificance of problems identified during compliance reviews, risk levels deter­mined, and enforcement actions taken, CBP does not have reasonable assur­ance that the FTZ program is at low risk of non-compliance,” says Latimer.

GAO recommends that CBP “cen­trally compile” data from its FTZ com­pliance reviews and related enforce­ment activities to develop an overall compliance analysis of the industry. In addition, it recommended conduct­ing a risk analysis of the FTZ program at large and “utilize the results of the program-wide risk analysis to respond to identified risks.”

While the popularity of using FTZs is not likely to diminish, caution is still encouraged when embarking on an FTZ strategy. According to Lori St. Romain, a senior specialist with the FTZ consultancy PointTrade Services, Inc. (PTSI), logistics managers should look for specialists who can deliver “a full spectrum of services.”

“Freight forwarders, 3PLs and eco­nomic development agencies may only provide limited functions associated with FTZs,” St. Romain says. For exam­ple, Freight forwarders can assist with in-bond movements to move foreign-status freight to an FTZ, but they’re not involved with the administration, inventory, and record-keeping processes required by an FTZ Operator.

“Shippers should also realize that Cus­toms regulations require that the FTZ operator be the owner or purchaser of the goods to qualify for direct delivery privi­leges,” says St. Romain. “This means that 3PLs are typically not eligible to receive approval for direct delivery and limits the benefits available to the FTZ user.”

Logistics managers may also wish to look into alternatives beyond freight intermediaries for FTZ expertise. Smaller coastal niche seaports like Tampa, Portland, and San Francisco are also helping shippers enter the “The Zone.” Brendan O’Meara, maritime marketing manager for the Port of San Francisco, observes that the geographic scope of FTZ #3 includes all of San Francisco, San Mateo, Marin, Contra Costa, and Solano Counties, and most of Napa and Sonoma Counties.

“Having an FTZ greatly enhances a small port like ours, and brings far more value to the shippers in the Greater San Francisco Bay Area,” says Williams. “Logistics managers for our region’s Fortune 500 companies know all about cutting cost and saving money, so this is really a no-brainer.”