Global Training Center > Blog > How a Steel Box Changed the World: A Brief History of Shipping

How a Steel Box Changed the World: A Brief History of Shipping 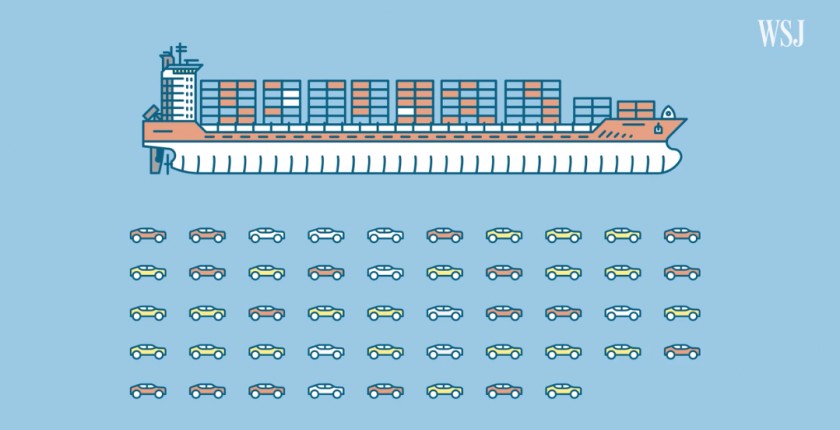 Working in logistics and transportation requires a wide range of skills to deal with the different service providers. Helping you move the product across the globe.  Get the training you need to become efficient and productive with Logistics and Transportation.  Get training here.

Transcript from video from WSJ. Follow link below to view:

Container shipping moves 95% of all manufactured goods around the world.  In 2017 more than four trillion dollars of products were sent over the oceans.  It’s an industry that underpins the global economy.  But it wasn’t always as big or as efficient as it is today.

The idea of shipping started in 3rd Century BC when merchants realize that sending products overseas was cheaper and faster than by land.  Early on, goods were loaded onto ships in sacks, barrels, and wooden crates with scores of dock workers squeezing them on decks or in tight spaces below.  Ships often spent more time at ports than sailing, and not much changed until 1956.  That is when American truck driver Malcolm McLean stacked 58 metal boxes on a ship going from New Jersey to Houston.  This idea completely revolutionized the industry.  The containers not only protected the products, but when the ships docked at ports, truck beds and freight trains could take them away without repackaging.

A flurry of innovation followed, and container sizes were standardized. In 1966 Moore-McCormack Lines started the first transatlantic container service. And then in 1968 one of the first modern container ships hit the water.  The Japanese Hoki Maru carried 752 20-foot containers, using a standard still used today.  Cargo can now be moved from purpose-built vessels to rail and roads. All in massive volumes, cutting transport costs by at least 75%.  This led to the emergence to global shipping behemoths like Denmark’s Maersk line, France’s CMA CGM, and China’s Cosco.

By the 1980s around 90% of manufactured goods were containerized.  From designer dresses and food to home goods, electronics and heavy machinery. Globalization exploded as ships moved Asian goods to the West, and vice versa, making stops at dozens of ports along the way.  Recently the Panama and Suez canals were expanded allowing for bigger ships to cross and in greater numbers but it’s not all been smooth sailing.

The industry has been plagued by too many ships in the water sparking a series of price wars that plunged many operators deep into the red and completely sank others.  This caused a wave of consolidation seeing the top 20 ocean carriers shrink to 11, a number that is expected to get even smaller.  Shipping has also seen criticism from government and environmentalists, who say it’s responsible for around a quarter of the world’s nitrogen-oxide pollution.  In response, operators are adopting cleaner fuels, like natural gas.

Today the industry continues to boom.  Container ships are as high as the Empire State Building if turned upright and can move more than 20,000 boxes each.  A single container can hold 10,000 iPads, at a cost of $0.05 each from Shanghai to Hamburg. The average TV coming to the US from China cost less than $2 to ship.  The most recent growth has been in refrigerated shipping. Fresh produce, food, and flowers that once only move by plane are now shipped on satellite-tracked reefer boxes that keep them fresh.  Bananas can last in these for up to 50 days.

So what does the future hold? Likely, crew-less behemoths running on batteries that can move 50,000 containers. Global cargo distributed through blockchain technology that will eliminate paperwork and further cut costs.  Later this year the first so-called “Tesla of the seas” will hit the water in the Norwegian fjord. Moving fertilizer from a production site to an export port.  The ship will replace thousands of truck routes through populated areas.

I attended the 2017 CTPAT conference in Detroit (August 29 – 30, 2017). After 2 days of CTPAT’ing, here is a list of my top 10 takeaways including the changes I see coming to the CTPAT program. There is a new name. Notice the – is officially gone, no more C-TPAT (despite all of us conditioned to using the […]

While enforcement of ISF (Importer Security Filing) violations began in May 2015, the enforcement environment has stiffened markedly in the last year. ISF requires importers and carriers to provide a set of information for any shipments being imported into the United States within at least 24 hours before loading their shipments or else they may face major [...]

International fuel surcharges have been a topic of conversation and negotiation for carriers and shippers alike for many years. Fuel is a huge percentage of a carrier’s overall cost for operating their business. Carriers have historically utilized various fuel surcharges, from “emergency” to “interim,” in order to pass along volatility of these costs to their [...]

Above all, most noteworthy. Certainly, even more.