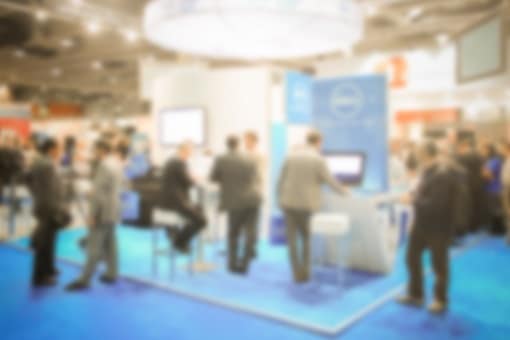 In the last article of this series, I presented best practices to make the most of the company’s booth at an international trade show and focused on how to use “The Silent Salesman.” Today I will discuss the third element for Succeeding at International Trade Shows: The Staff in the Booth.

There is so much to talk about staffing a booth at an international trade show. For this article, I’ll focus on a handful of key recommendations for small and medium size businesses attending B2B tradeshows. Also, I’ll refer to the people working at the booth as “the staff”.

The decision of who will be representing the company and dealing with visitors at the booth during the trade show is critical, yet often overlooked or done without much thought. The staff will be the face of the company for the duration of the show and they can create a positive or negative impression upon the visitors, help or be an obstacle in accomplishing the company’s objectives for the trade show, enhance or damage the company’s brand.

When selecting the staff for an international trade show, companies need to consider, at the very minimum, the following three questions:

Once the staff have been selected, they need to be trained to represent the company and its products or services accurately and effectively. At the minimum, the staff selected to work at the booth need to receive the following training:

Presenting the products and the company. The staff will need to learn and practice the company elevator pitch for the event, be able to explain the product’s highlights and conduct demos if needed. It’s very important that they have all the materials they will need, such as brochures, samples, business cards, giveaways, etc.

Dealing with crowds/multiple visitors at once. Many international trade shows are attended by thousands of people. The staff must be prepared to deal with multiple visitors at once, large groups stopping by the booth, as well as crowds in general. The amount of people at an international trade show can be overwhelming if the staff are not prepared for it.

Handling tough questions and situations. The staff will also need to know the answers to tough questions regarding the company and the products. It’s very important that the staff are provided a Q&A document they can review and practice in advance, as well as guidelines for contingencies.

Booth etiquette. It’s critical to discuss with the staff at the very least the following three topics:

I often get asked how to deal with foreign languages, specially if the staff doesn’t speak the language of the host country. It’s highly recommended, and many times critical, to have someone in the staff that speaks the language or languages of the region present at the booth at all times. Let me share a trick of the trade I’ve used to achieve this and you can also do it without breaking the bank! Here is how: Request an intern from a local university’s school of business or from the local U.S. Commercial Service office. Local interns not only know the language or languages of the host country, but they are also tremendously helpful and enthusiastic.

One final recommendation: Encourage the staff to take breaks during the trade show to walk the floor, look for potential competitors, spot interesting products, and have personal time (eat, make phone calls, etc). It can be very tiring and draining to be at the same spot for 8 or more hours.

The final element that makes up the Trade Show Participation Strategy (After-event Follow Up) will be reviewed in the next article. I will present high-impact follow-up tactics you won’t want to miss! Stay tuned!