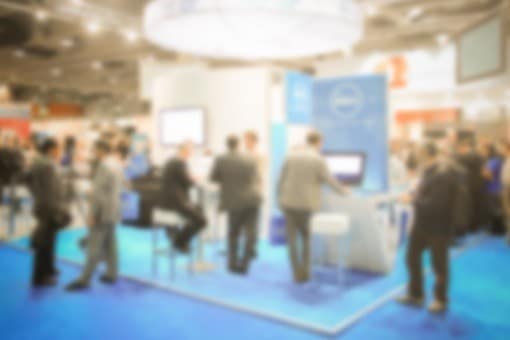 In the past articles in this series, I covered three elements of the international trade show participation strategy, as follows:

3. The Staff in the Booth

It’s not uncommon to see small and medium size companies spending thousands of dollars getting ready for international trade shows, buying and/or shipping a booth to the country where the trade show takes place, and bringing/hiring staff to work in the booth during the trade show.

Unfortunately, many companies stop their international trade show participation strategy at this point.

I’ve seen first-hand companies arriving to a trade show without a solid After-event Follow Up plan. Waiting to go back to the office days after the trade show to start planning the follow up campaign is a recipe for losing valuable opportunities and rendering all the trade show effort and investment useless.

Under this scenario, several days or even weeks could pass before the company staff starts sorting/qualifying the leads collected during the trade show, let alone doing the actual follow up work. During the trade show, such leads may have talked to dozens of potential manufacturers/suppliers, may have attended additional trade shows, and may also already have received follow up from competitors.

To maximize the company’s follow up efforts, the company needs to invest time in developing an After-event Follow Up campaign before the trade show. Follow up should never be an afterthought! Otherwise, the company’s follow up messages will be lost in the shuffle, not at the forethought of potential clients/distributors, or simply the prospect may already be deep in talks with other companies that followed up sooner and more effectively.

At the very minimum, three elements need to be defined before the trade show to develop a high-impact After-event Follow Up campaign:

It’s critical to determine what communication pieces will be sent to those who visit the booth and whether they will be produced in languages other than English. Examples of these communication pieces are email templates, thank you notes templates, electronic files that may be requested (catalogs, technical sheets, distributor prospectus, etc).

A simple way to define what materials to send and to whom is the following:

•   For qualified leads: email, hand-written thank you note and follow up by phone.

•   For good leads: personalized e-mail and follow up by phone.

•   For unqualified leads: “thanks for coming” mass e-mail.

As discussed in the last article, using a form to collect prospects’ information and training the staff on how to collect such information, to quickly categorize the type of follow up needed, is tremendously useful to start the follow up process promptly.

At a multiday trade show, companies should try to classify the leads as they meet with them. Then, the appropriate follow up should be done during the evening after the trade show has closed for the day and repeat this process every day. I’ve used this tactic many times and doing same day follow up has led into additional meetings during the same trade show.

Knowing that prospects also asked competitors for additional information and support materials at the trade show makes it even more necessary to follow up immediately on what was promised. This is a huge advantage, especially when competitors start the follow up campaign days or weeks later.

I’ve seen companies fumbling the follow up process because they didn’t have adequate tools to efficiently process and record the leads’ information. I recommend having the following tools in place before the trade show:

– A CRM system. I’m always surprised to find companies that don’t use a Customer Relationship Management (CRM) system to create profiles for potential and current clients, as well as tracking interactions with them. Even the most basic CRM systems are a far superior tool than keeping potential and current clients profiles on an electronic spreadsheet.

– Email follow up add-ons. These are tools that integrate right into your email to provide data and information on the interaction with potential and current clients. Some add-ons are stand alone apps and others integrate with CRM systems, making them even more powerful. Some of my favorites are Followup.cc, Insightly (insightly.com), and Sidekick (getsidekick.com).

Developing a solid After-event Follow Up campaign and deploying it on time can give companies a huge advantage over competitors that don’t follow up on time or at all. Working on the communication elements, timing and tools for the follow up campaign before the trade show will also give the company much higher chances to accomplish the objectives set for participating in the trade show.

Finally, investing the time to develop an After-event Follow Up campaign, coupled with the other elements of the trade show participation strategy reviewed in the previous articles (Pre-event Preparation, The Booth, The Staff in the Booth) should give companies a solid foundation for success in international trade shows.