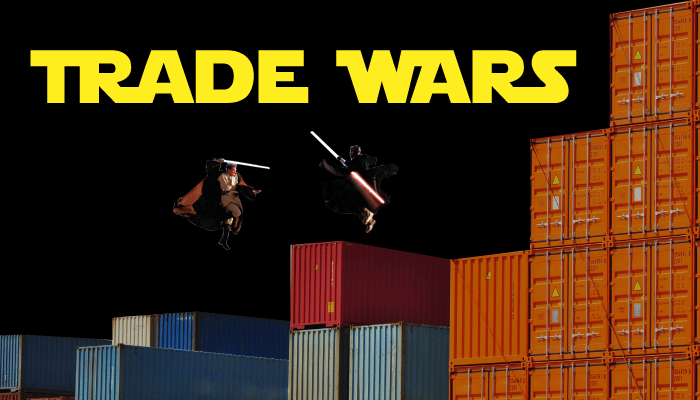 A long time ago in a galaxy far, far away…  oh that familiar opening crawl that sends a certain chill through fans and makes your hair stand up on end with excitement when coupled with that strong anthem from John Williams.  Well, it does for this fan anyway, but with the early numbers of pre-sales and predicted box office sales of the upcoming installment of the series, I can say I’m not alone.

So how to capitalize on all that buzz and excitement (sorry, being blunt here) for such a bland and boring topic as Trade Compliance?  Rewind to the very beginning of the entire saga, way back to The Phantom Menace and we will discover that this preeminent fiction series of the modern era started with a trade embargo.

The Star Wars franchise is valued at more than $30 billion, having grossed over $3 billion in box office sales prior to the release of the latest blockbuster, Star Wars Episode VII: The Force Awakens. The eighth and ninth episodes are scheduled for release in 2017 and 2019, respectively, assuring that the franchise’s dominance continues into an unprecedented four decades plus, that is longer than NAFTA has been around and much more enjoyable, believe me, [Spoiler Alert, you have been warned] I would rather be trying to figure out if Luke Skywalker is indeed the next Sith Lord than figuring out qualification under RVC, de minimis, or tariff shifting a multi-level bill of material.

With so many exciting new story lines and characters, it’s easy to forget the origins of the saga that has captivated audiences for so long. The dawning of the Clone Wars, the discovery of young Anakin Skywalker, and the rise of the Sith were among the major plot lines set forth in the first episode.

…and it all begins with negotiations to end a trade blockade:

“Turmoil has engulfed the Galactic Republic,” the opening text crawl begins in Star Wars Episode I: The Phantom Menace. “The taxation of trade routes to outlaying star systems is in dispute. Hoping to resolve the matter with a blockade of deadly battleships, the greedy Trade Federation has stopped all shipping to the small planet of Naboo.”

The negotiations, however, are over before they begin as Jedi negotiators are attacked shortly after boarding the Trade Federation battleship. Eventually the blockade ends with an epic victorious battle unintentionally headed by the young Anakin Skywalker.

The power-hungry and well-armed Trade Federation harkens back to the real world story of the Dutch East India Company and the British East India Company.  The organization was designed to protect and advance the interests of a conglomeration of smaller companies trading in the East Indies throughout the 17th and 18th century.  Like the Trade Federation, the Company had the power to wage war, imprison and execute convicts, negotiate treaties, produce currency, and establish their own colonies armed with an armada of warships. This massive, interminable power cultivated an environment of corruption and deceit, which ultimately led to its demise, as the Company went bankrupt and dissolved on the brink of the 19th century.

While both the Company and Federation had their moments of glory, clearly it does not pay to give in to the Dark Side.