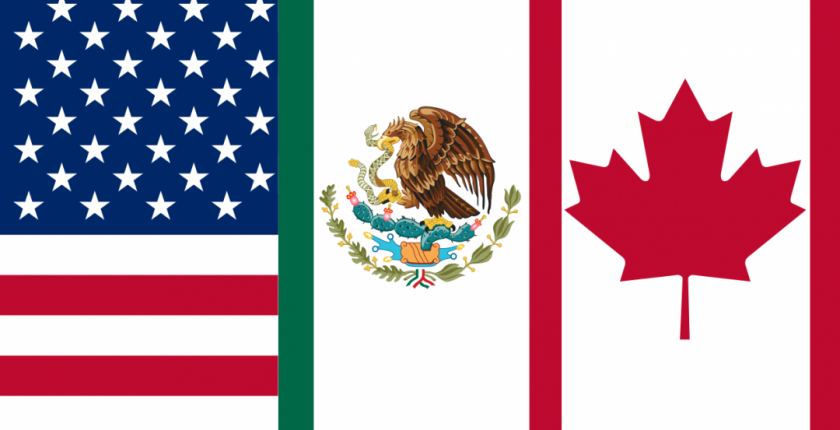 If you can’t move production to avoid tariffs like the companies in the story below, make sure to get the training you need. Make sure you are properly classifying products and applying the correct tariff rates.  Don’t take a risk, get training here.

At 25 years old, the North American Free Trade Agreement (NAFTA) is no longer the best free trade agreement for many American workers and businesses.

When it was signed, NAFTA was an innovative trade agreement that produced unprecedented trade and commerce throughout North America and showed how the growth of free and fair trade benefited the United States. But now, 25 years later, NAFTA no longer offers 21st century protections for a modern economy. Just think about how much technology has changed.

America’s workers and economy need a new trade agreement with Canada and Mexico. An agreement that brings new opportunities to local communities while making American-made products more competitive in the global marketplace. The newly-negotiated United States-Mexico-Canada Agreement (USMCA) is that agreement.

During my time in the Senate, I advocated for smart trade policies and agreements that would strengthen American industries. From energy and manufacturing to farming and ranching. Understanding the importance of having a competitive North American trade agreement that maintains relationships with Canada and Mexico while protecting American jobs.

The USMCA is a welcome agreement for workers and industries that depend on free, fair, and rules-based trade. That means America’s farmers and ranchers — from dairy producers to tomato and almond growers. It also means American auto workers and manufacturers as well as all of the small businesses along those supply chains. The energy and technology industries will also be more competitive in today’s economy because of this agreement.

According to the U.S. Chamber of Commerce, trade with Canada and Mexico supports 14 million American jobs. Failure to approve the USMCA puts these jobs at risk. Approving this commonsense trade agreement ensures this trend continues.

Being a senator often times meant negotiating, compromising, and working across the aisle. To deliver the best possible policies for North Dakotans and the American people. I did not always get everything I wanted, but I did not let perfect be the enemy of the good. The USMCA contains many wins for our country, and Congress must commit to compromise in order to pass it.

For example, the USMCA takes great strides to make North Dakota wheat more competitive in Canadian markets and to protect American intellectual property. Critical to the 21st century, the USMCA creates rules of the road for digital trade, ensuring online businesses trade on a level playing field. The stronger intellectual property protections contained in the USMCA are essential to supporting American innovation and research, especially for patients who depend on life-saving medicines.

Click here to read about our NAFTA Rules of Origin Course! It includes USMCA Update >>

Why We Need Mexico

People say the American mall is dying — but if so, someone forgot to tell La Plaza Mall. La Plaza is the largest shopping center in McAllen, Texas, a mid-size city on the U.S.-Mexico border. It’s the sort of establishment you’d find in any city or suburb — Foot Locker, Bath & Body Works, Baby Gap [...]

Amid the U.S. government’s largest partial shutdown, issues like border protection have taken center stage. However, our global trade policy remains a critical, yet underdiscussed agenda item that impacts our jobs and economy at large. The United States-Mexico-Canada Agreement needs to remain top of mind as an enabler of much needed stability and confidence to [...]

How U.S. Bike Companies are Steering Around Trump’s China Tariffs

If you can't move production to avoid tariffs like the companies in the story below, make sure to get the training you need to make sure you are properly classifying products and applying the correct tariff rates.  Don't take a risk, get training here. (Reuters) - U.S.-based bicycle manufacturer Kent International has found a way [...]