Where Fireworks Are From In the US [Infographic] 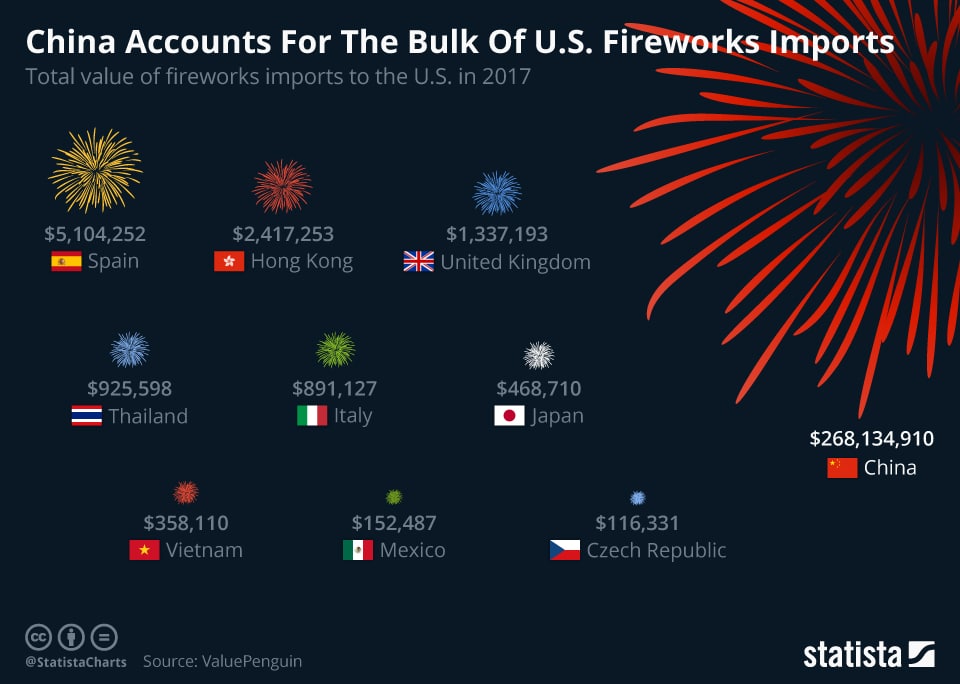 For people aiming to “buy American” for Independence Day this year, it might prove difficult to obtain U.S.-manufactured fireworks. Most of the bottle rockets, roman candles and other fireworks on sale across the country trace their origin to China. Last year, China accounted for nearly 96 percent of total U.S. fireworks imports, amounting to approximately $268 million, according to website ValuePenguin.

Given that there are almost 14,000 fireworks displays every 4th of July, the fireworks industry is big business. Interestingly, one man drives fireworks trade across the Pacific and his name is Ding Yan Zhong, a Chinese businessman. Also known as “Mr. Ding”, his companies account for about 70 percent of the pyrotechnics entering the U.S. and on average, 72 of his containers enter the country every single day.

Even though China accounts for the bulk of the fireworks trade by far, the U.S. does rely on several other countries for imports. Spain comes second in terms of import value with just over $5 million, a miniscule amount compared to China. In total, the U.S. imported around $280 million of fireworks last year while it exported just under $7 million.