Why Drawback? Why Now? 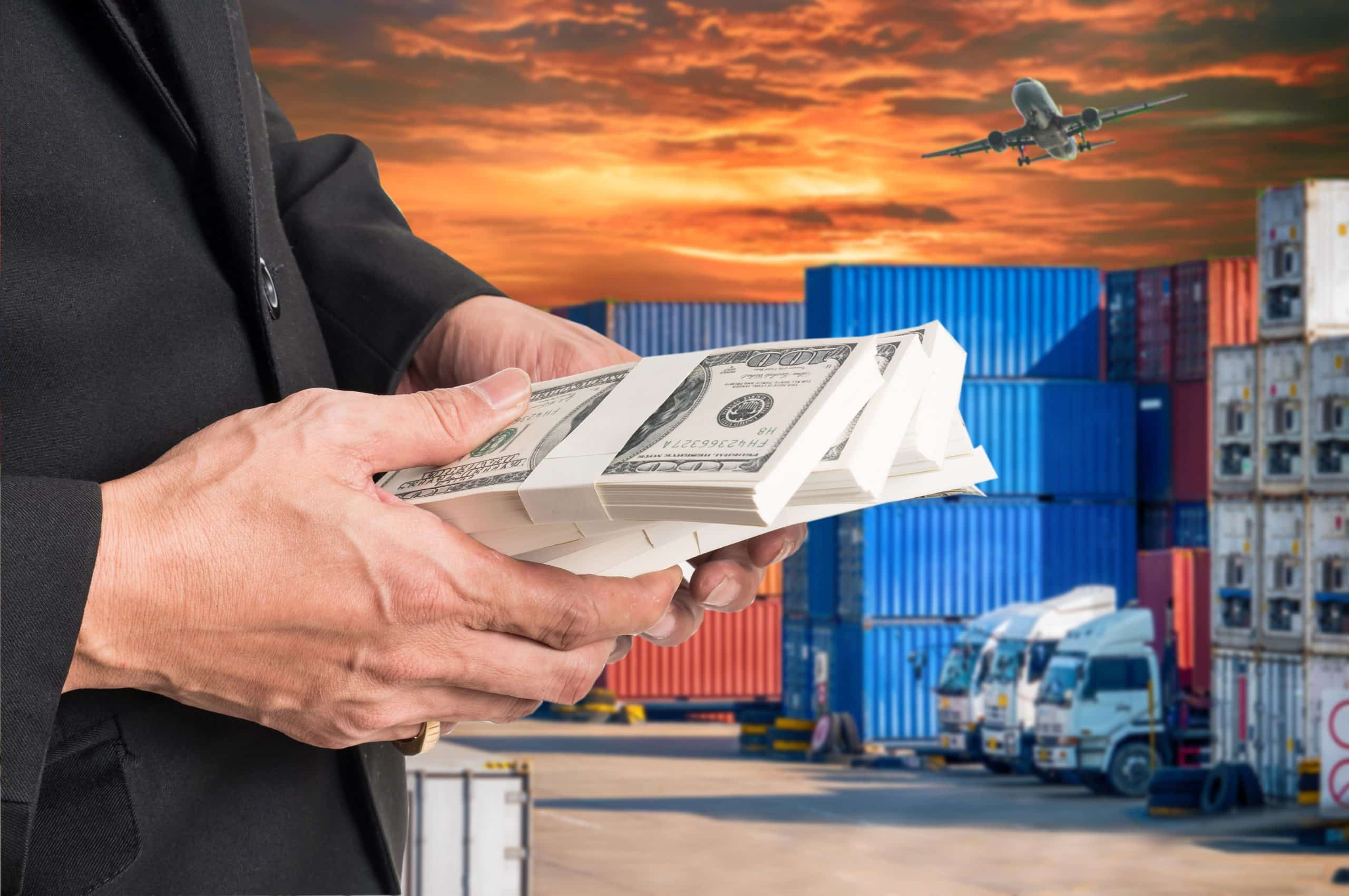 “Drawback is the refund, reduction or waiver in whole or in part of customs duties assessed or collected upon importation of an article or materials which are subsequently exported”

It was the 1780s and everything seemed possible: the Revolutionary War had been won, and there was a central government with a new President. Opportunities abounded in the new country. But fishermen were struggling. Duties imposed on imported salt used for curing their catch were killing their profits. Shipbuilders, dependent upon goods imported from around the world to build merchant ships and a new navy, struggled under heavy duties. American importers and exporters needed help to ensure profits and a place in the rapidly expanding global trade.

Since the early years of the American Republic, Congress has responded to the needs of business and devoted much time to assuring that U.S. companies are equipped to compete equitably in the global market. Indeed, George Washington signed The Tariff Act of 1789 into law as the first legislation passed by the first Congress under Article 1 of the newly minted Constitution, and included in the Act was the first “drawback” provision.

The duty drawback process may have changed following changes to the Act over the years and, as of February 2018, new drawback rules are in effect as part of the Trade Facilitation and Trade Enforcement Act of 2015 (TFTEA), primarily increasing the time that a drawback claim can be filed to five (5) years and the requirement that companies must now file claims electronically.

What Goes Around Comes Around

The global impact of an escalating tariff war, and what its impact on industry and agriculture might be, may not have been fully understood in January 2018 when President Trump imposed the first of a number of tariffs that have been introduced over the last two years: a 30-50% tariff on solar panels and washing machines. With the advent of Sections 201, 232, and 301 tariffs, the duty drawback process, still largely misunderstood and unclaimed, is getting another look from businesses as a way to mitigate tariffs. And no wonder: exporters who reclaim 99% of their duties paid stand to reap a significant financial advantage over their competitors who either don’t claim or don’t qualify for duty drawback. 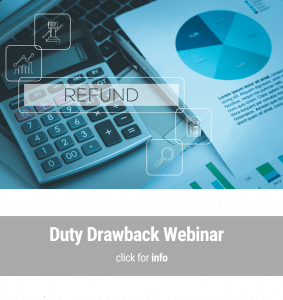 and aluminum, but Section 201 and Section 301 tariffs meet the qualifications completely. The tariffs imposed in the past two years have had the direct result of manufacturers and those businesses key to their success paying substantially higher landed costs for both component materials and finished goods. Like the fishermen and shipbuilders of the eighteenth century, American exporters find themselves in need of action and must consider the advantages of duty drawback.

Drawback: Underdog of the Export Industry

Strictly speaking, duty drawback is the recovery of up to 99% of the duties paid on goods imported into the United States, thereby lowering the material cost to exporters. Those goods receiving duty drawback are then required to be either:

There are several categories of duty drawback, the most common of them being the Unused Merchandise drawback and Manufacturing drawback such as the Direct Identification and Substitution drawback means.

According to 19 USC 1313(j), companies may file a claim for drawback on goods that have been imported that are subsequently exported in an unused condition or destroyed within three (3) years of import without being used in the U.S. Goods that are interchangeable with the imported goods may be substituted for the imported goods. Prior to exportation, Customs must be advised of your export shipment in order to allow them the opportunity to examine the export shipment, and your records must clearly establish the fact that the exported merchandise was the imported merchandise.

If a company’s duty-paid imported goods are used in the manufacture of a subsequently exported product, you may file a manufacturing drawback. Import records must be well-documented from imported goods through manufacture and export. The original intent of this drawback was to encourage companies to produce goods domestically that are intended for export with the goal of stimulating foreign trade and boosting the U.S. economy and labor market.

If a company exports goods that are not the original goods imported, nor any of the original goods used to produce the exported goods but are of the same kind and quality as the duty-paid goods, a substitution drawback claim may be filed.  The goods substituted must be classified under the same 8-digit HTSUS subheading as the designated import goods. Also, CBP must be informed of the company’s export shipment within a proper timeframe to examine that shipment.

If approved, companies filing claims under Unused Merchandise or Manufacturing drawback may file retroactively if the claims are filed within three (3) years of the export date. Three years of duty recovery is not insubstantial and should definitely be considered as part of a company’s tariff mitigation planning.

Back Door to Drawback

A majority of importers, exporters, and manufacturers could most likely qualify for drawback, but may not understand the opportunities available to them, especially if a third party is involved. It is widely reported that an estimated $600 million per year is recovered by companies through drawback. That amount is made more significant when it is also noted that as much as 85% of duty drawback remains unclaimed each year, providing an enormous advantage for companies who file drawback claims over competitors that do not.

Certainly, then, in today’s global trade climate, companies involved in import-export should seek opportunities for duty drawback; however, even if they do not actively do business in both ventures themselves, but these transactions occur throughout their supply chains, then they may still be able to qualify to file duty drawback claims. 19 CFR 190 provides for the transfer of drawback rights when the importer and exporter of record are not the same entity. Either the importer or the exporter can submit the drawback claim to CBP, although drawback regulations grant the exporter the first right to submit the drawback claim.

Alternately, under 19 CFR 191.33(b)(2), if the importer wishes to retain drawback rights, thereby controlling the drawback claim process, the importer needs to obtain a certification signed by the exporter that the importer waived the right to claim drawback. But determining the proper claimant for drawback can be complicated. Here are two simplified examples:

Example 1: Acme Co. imports wingnuts, sells them to their customer, Jones & Co, and then Jones & Co. exports those goods. Both Acme Co. and Jones & Co. can collectively qualify for duty drawback.

Because of the complicated nature of duty drawback rules, most companies opt for outside assistance in the way of customs brokers or drawback specialists.

Are there Drawbacks to Drawback?

Although the financial benefits of duty drawback to import-export businesses can be enormous, the process is not an easy one. The drawback regulations found in Part 191 of the Customs Regulations are extensive and complex.  Extensive documentation including receiving, inventory, manufacturing records, substitution information, any Certificates of Delivery, etc., is required throughout the supply chain proving that goods originally imported into the U.S. are the same (or of the same kind and quality) as the goods that are ultimately exported (or destroyed). Companies may need to keep those records for ten years or more following a claim. In addition, the filing process and any resulting refunds may take years to complete.

Companies investigating duty drawback should begin by developing a robust drawback compliance program that begins by:

In today’s ever-changing trade and regulatory environment, where there is almost constant global pressure on companies as costs increase, now is the best time to investigate tariff mitigation, and duty savings through drawback is one of the best overall strategies available. The first U.S. Congress created the opportunity; it is yours to receive the benefit.

Frequently, duty drawback goes unclaimed. Learn how to obtain refunds of your refundable duties and how you can make it possible.

Export Documentation, Regulations & Procedures are the topics of an in-depth class. Learn the particulars of export documents and why they are critical.