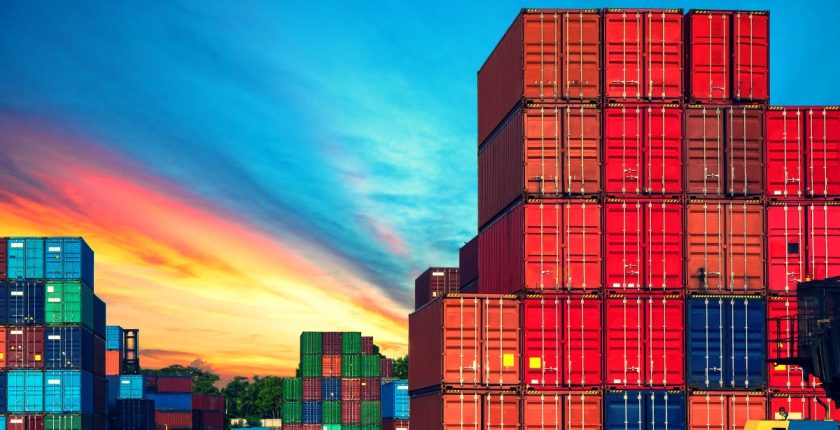 Inflated AD/CVD and high tariffs have real world consequences. One of the hardest-hit industries by high tariffs and AD/CVD besides the steel and aluminum industries is the hardwood industry and those companies who depend upon an inexpensive supply of raw wood and wood products to manufacture goods that are competitive in the U.S. market. Some companies are illegally relying on evasion of the duties by means such as misclassification, undervaluation, and/or transshipment.

As an example, California plywood importer, Plywood Source, blew the whistle to CBP, providing incriminating evidence against five of its competitors: Far East American, Ciel Group, American Pacific Plywood, Liberty Woods International and InterGlobal Forest. CBP claims that they imported plywood made in China and relabeled in Vietnam to circumvent antidumping duties of 188.36% and countervailing duties of 22.98-194.9%.

But the real trickle-down effect of the trade war can be seen not only in its effect on U.S. companies, but also in the lives of small town workers in rural America who don’t care about the politics of trade and tariffs and duties. They just want to support their families.

Take, for example, Solid Wood Cabinets – based in Levittown, PA, with twelve locations in Pennsylvania and New Jersey. Founded in 2002, they had sold over one million pieces of cabinetry and in 2019 sold 4,000 “Dream Kitchens”. They had a 160,000 square foot facility building 1,500 cabinets per week. Their website now carries this message:

2019 created the perfect storm of issues for Our Company starting with the imposition of tariffs of up to 25% on the cabinets that we import from China. This was then compounded by an Anti-Dumping petition filed by a group representing domestic cabinet manufacturers. This caused the vast majority of the Chinese factories to simply stop producing product for the US market and either focus on other markets or commence the relocation of their factories to other Asian countries. This was catastrophic to us and meant that our supply of cabinets virtually dried up leaving us to find alternative products domestically. An affirmative preliminary finding on October 3rd by the US Commerce department meant that [AD/CV] duties of up to 262%, with an average of 39%, were applied to our products in addition to the 25% tariffs that were already in place.

In spite of restructuring, searching for investors, and borrowing money, Solid Wood Cabinets could not sustain the losses imposed upon them by the administration’s increase in AD/CVD duties. Neither employees, customers, suppliers, nor contractors had any warning of Solid Wood Cabinet’s abrupt closure in late January 2020. Two hundred employees were left jobless and will not draw their most recent paycheck. One customer lamented that she “is out of $6,000 for cabinets” promised to be finished by January 28. But shutdowns like this will have farther-reaching effects than just the local community.

Another example of the huge toll that the administration’s increases in AD/CVD is making, in 2018, Sam Cobb, owner of Real Wood Floors in Missouri, spoke at a U.S. Trade Representative’s public hearing to address the proposed Section 301 tariff list. He feared what impact the new duties being imposed would have on his 247 employees who export hardwood from Southern Missouri to China where it is milled into veneer, laminated to a plywood subsurface, finished into designer flooring, and then re-shipped to the U.S. Cobb had already felt the bite from the 25% antidumping duty in effect and was unprepared for the triple-digit AD/CV duties that were to come.

Cobb’s father-in-law, Clyde Elbrecht, had only recently invested $3.5 million in Missouri Hardwood, a mill that had saved approximately one hundred jobs in Birch Tree, Missouri. Those jobs represent more than just statistics in a town with a population of only 656. He ended up losing 25 percent of his business with customers in China because of tariffs and AD/CVD. Likewise, a lumberyard with twelve people that he had developed in Arkansas, employing a dozen people, had completely halted production.

“I was shipping a container of timber a day to China,” Elbrecht said. “That’s around $20,000 per day, or $5.5 million annually, and I’ve stopped shipping entirely.”

The risks of avoiding AD/CVD figured prominently in May 2019 when the U.S. Attorney’s Office for the Southern District of New York filed a civil fraud lawsuit against Stargate Apparel and Rivstar Apparel and their CEO. The suit, brought about by a whistleblower, alleged that the companies had violated the False Claims Act by undervaluing the goods they were importing to avoid duties. This cost the government more than $1 million in revenue.

“There have been a growing number of such cases recently—and there are likely to be significantly more in the near future,” says David Stepp, a partner at Crowell & Moring in Los Angeles.

As an example of such growing cases, Univar USA Inc., a subsidiary of Univar, Inc., of Downers Grove, Illinois, agreed in the Spring of 2019 to pay the U.S. $62.5 million to settle allegations that it was grossly negligent or negligent when it imported 36 shipments of transshipped saccharin between 2007 and 2012. The saccharin was manufactured in China and transshipped to Taiwan for export to the U.S. in order to evade a 329% AD duty that applied to saccharin manufactured in China. The decision was in response to purported injury sustained by the domestic saccharin industry by way of the dumping of Chinese saccharin. This transshipment resulted in the evasion of approximately $36 million in AD duty. How much better would it have been to just pay the prescribed AD duty?

AD/CV duties are intended to protect the U.S. manufacturing industry from predatory foreign manufacturers, but that protectionism is having a huge effect throughout the U.S., obviously in large companies, but also in small and medium-sized businesses and in small and medium-sized communities. In this environment, David Step says that it is more important than ever for a company to work in sync with its global supply chain.

“They need to make sure that they have processes in place that let the company make accurate declarations about valuing and classifying imported goods and their country of origin,” says Stepp. In general, he says “they really have to do their homework to navigate through the turmoil that’s currently out there in the international trade world.”

How are AD/CVD determined?

Antidumping and countervailing duty investigations are conducted under title VII of the Tariff Act of 1930. The United States International Trade Commission (USITC) conducts the injury investigations in preliminary and final phases.

“When you are not sure what to do, take action. You will quickly find out.” – Jeffrey Fry

When monitoring possible liability for AD/CVD and safeguard tariffs, keep in mind ten steps where you can be proactive:

Also, while being vigilant, you can also be proactive in bringing to justice those entities who do hurt your industry. Consider filing a False Claims Act claim or bringing a trade action. If you have any suspicion of, or information regarding, suspected fraud or illegal trade activity, please contact CBP through the e-Allegations website. The industry you save may be your own.